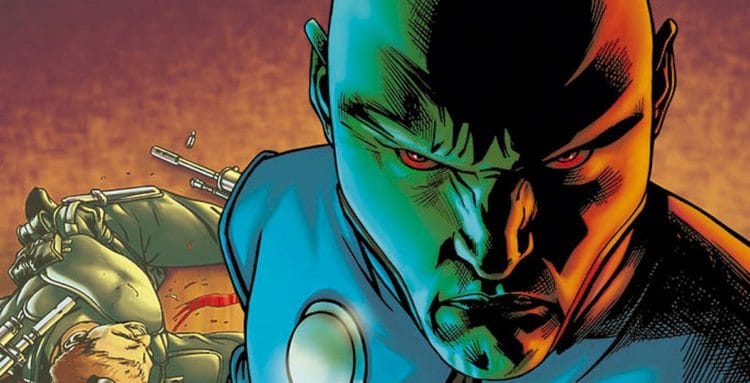 Martian Manhunter has been around for six decades now and people still seem to regard him as a background player despite the hype he’s earned throughout his time in the DC universe. The power set this guy has is immense and yet for all that, for all he’s done, he doesn’t seem to warrant that much thought or consideration since he’s not one of the heroes that’s been pushed by the media and given numerous appearances, shows, movies, or even much more than his own comic book and a bunch of guest appearances here and there. In many ways he’s one of the most powerful members of the Justice League, and should have easily been added to the roster in the DCEU. But for all that there seems to be something blocking the way that isn’t fully discernible by words. Perhaps if DC wises up eventually and starts getting a little more free with their roster they might have a chance to match up with the MCU.

Here are a few things about the character you might not have known.

So in the comics they’re called Choco’s, as Manhunter becomes addicted to them much as a human would become addicted to narcotics. In fact when he no longer had access to them he went through such horrible withdrawals that he shapeshifted into a humongous monster and went on a tear until he finally managed to calm down. Yeah, you can imagine that Oreo wouldn’t want their name on something that could be labeled as an addiction.

9. His debut was in Detective Comics.

When it’s stated that Manhunter has been in the comics for a long time it’s not just paying lip service to a few decades or so. He’s been there since the 50s and came in through the same comic series that spawned Batman. He was brought in with roughly the same power set as Superman and the tragic backstory of Batman, which in the 50s worked perfectly.

8. He’s counted as an American hero.

Initially Manhunter was disgusted with what he saw in humanity as it’s very true that we’re destructive species and tend to make a big mess of things. But eventually he saw the more noble side and decided to call earth his home.Â  And of course since he, like so many other heroes, originated in American comics, he became an American hero.

Much like Batman he was aware of the powers of his fellow heroes and wanted to keep himself on top of matters by analyzing just what they were capable of and what he could possibly do to shut them down if he had to. The worst thing he seems to have done is wipe the minds of his own teammates and allies to insure that they didn’t remember him.

At one point Manhunter took the real name of Sailor Moon as his own when meeting up with Batman and Superman to discuss the Plastic Man problem (long story). But Batman recognized the name right away, which seems to indicate that Batman might be familiar with Sailor Moon as well.

Being that he’s a shapeshifter and can assume any form or identity that he wants it seems fair to say that whatever form he chooses is not the real form that he was given upon the day of his birth, however that might happen for Martians. So really there’s no way to know what he really looks like, there’s only the knowledge of what he chooses to look like to those around him.

4. He hasn’t displayed all of his powers on Supergirl yet.

Considering that this is a guy that could easily take on Superman and has prompted the man of steel to say that he would never want to fight him it’s fair to say that Manhunter is one tough character. But it almost seems like he’s holding back in Supergirl and that the writers have yet to really let him cut loose.

3. He showed up in Smallville.

It wasn’t quite the same and the special effects weren’t quite as good but Manhunter has been showing up with a greater amount of regularity throughout the years.

2. He had an alternate identity.

The story goes that he was trapped in a gem by Bloodwynd and then took over Bloodwynd’s body. Eventually the two of them were separated and Bloodwynd, who was a low point in DC’s history, was never mentioned that much again.

1. He’s not as powerful a Miss Martian.

Miss Martian actually managed to take her powers to the limits that Manhunter had serious problems with and remain stable for longer than he’d been able to. While this was highly dangerous she was still able to maintain control for longer and thus became a much more dangerous individual.

It’s time for Martian Manhunter to join the group finally, don’t you think?