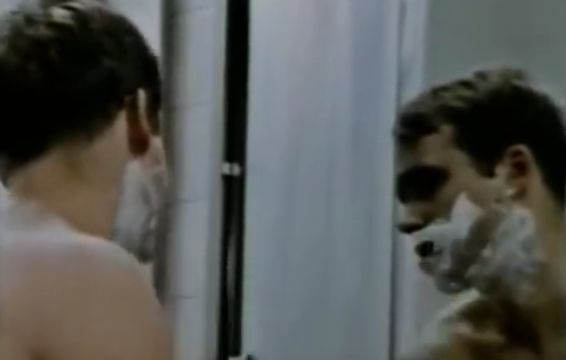 Only a few hours ago I brought you a student film that Christopher Nolan did called Doodlebug.Â Â Â Â  This film was shot in 1997 when Nolan was just an aspiring director.Â  It worth noting that he directed Memento only 3 years later.Â Â  While Doodlebug seems almost completely random, is it?Â  Directors develop their style very early and it’s fun to watch their early works.Â  Speaking of early works, 30 years prior to Nolan’s Doodlebug, another aspiring director was working on his short film.

Before he made it into the mainstream with his movie Mean Street, Martin Scorsese made a film called The Big Shave.Â  It’s about, you guessed it, a guy who is shaving.Â  Only he keeps shaving and shaving and shaving until his face starts profusely bleeding.Â Â  What’s great about this short film is the music.Â  You could tell that even back then Scorsese liked to pair subtle, almost soothing music with painful to watch imagery.

Scorsese would go on to make Mean Streets five years later.Â  The rest, as they say, is history.