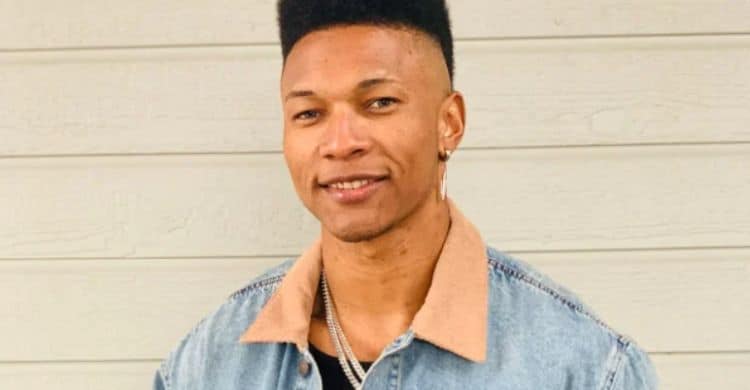 Summer is a season of fun. Summer is synonymous with late nights, long days, the smell of sunscreen and water, and it’s the season of love. Summer is sultry, and Katie Thurston is going to spend the summer heating up our television screens as she looks for love with 34 men on her new season of “The Bachelorette”. One man vying for her affections is Marty Hargrove. He’s a man who is looking for love, and he’s hoping he finds love with Katie. Who is he? Does he stand a chance? We don’t know, but we do know that he is someone we are going to become more familiar with as the season goes on.

Of the contestants on this season of the show, he is one of the youngest. Most are between 26 and 36, and Marty Hargrove is just younger than that at 25. He hails from Reno, Nevada, and he is having a good time looking for love despite the fact that he is so young.

When he’s not looking for a woman with whom to share his life, he is working. His jobs include model and actor. We don’t know what kind of acting work he does, but he seems to be good at whatever it is he’s doing when he’s at work.

3. He is a College Athlete

He’s a college graduate who played sports. He went to Dakota State College. While there, he was on the football team, and he also ran on the track and field team. He’s a natural athlete who spent his life focused on sports, which makes him a well-rounded kind of guy.

Marty Hargrove is young, he’s an athlete, and he’s a guy filled with energy. He’s always on the move, and he needs a woman who can keep up with him and his active lifestyle. He also has a lot of confidence, and he’s a man who really does like to spend his time focused on things that he enjoys.

5. He Knows What He Wants

Marty knows what he is looking for in a woman. He wants a woman who has a great sense of humor and a good personality, and he wants someone who will go out and spend a weekend camping, being active, and having fun. Most importantly, however, is the fact that he would rather have a woman in his life who makes eye contact, pays attention, and doesn’t spend all her time on her phone. He wants someone who is present and focused on him and not the rest of the world.

6. He is All About Physical Touch

Everyone has a love language of their own, and Marty Hargrove is a physical kind of guy. He likes to show his love and affection through physical contact, which is often not a problem for those in his life. However, we do feel he has a the type of personality that will allow him to learn another love language if he falls in love with someone who has a different one than his.

7. He is an Avid Horseback Rider

He’s an active guy, and we already talked about it. However, he is not just an athlete who needs a track or a field and a ball. He loves to be active in any capacity, and horseback riding is something he enjoys thoroughly. He really is an adventurous type.

8. His Favorite Gift is Cologne

Not just any cologne, of course. He loves a good bottle of good cologne that smells lovely, subtle, and masculine. A woman who can find him a good bottle of cologne is a woman who is after his own heart. She might want to ask what he likes, and then look for that when she’s out.

9. He is Always Up for a Good Time

10. Some People Worry About His Age

There are always naysayers in every crowd. This isn’t to say they aren’t right on more than a few occasions, but it does seem the entire world has a big opinion on how old someone should be when they get married. Many fans of the show question whether or not this young man is old enough to settle down and start a family at 25, and we have this to say: My husband and I got married when we were 21 and 22 after being together three years, and that was 16 years ago. We now have four kids and an amazing life, and age really isn’t anything but a number.