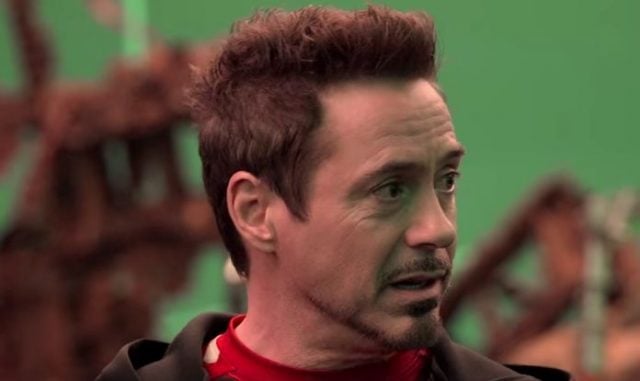 When your budget for a movie is around $200 million and that’s just for the film itself, it makes sense to start the marketing process as early as possible.Â  If there’s one studio and franchise that knows how to do this, it’s Marvel.Â  While “Avengers: Infinity War” isn’t set to be released until May of 2018 this movie started its marketing process months ago.Â  However, it’s already being ramped up.Â  I guess that’s what you have to do when you are trying to exceed $1 billion in revenue which clearly this movie is seeking to do.

One thing you need to know about the video that Marvel released last night is that there are no new details with regards to plot or any spoilers.Â Â Â  According to Geek:

Avengers: Infinity War began filming in January, so it’s only been a couple of weeks. Regardless, the studio decided to drop a behind-the-scenes look, showcasing actors, producers, writers, and directors and revealing some plot information.Â  The video mostly serves as a reminder of all the things we’ve seen thus far and their importance in the story. Civil War especially is highlighted because of how it tore the Avengers apart. This is a world where the Avengers exist, but in name only. There is no team.

“As we were conceiving and executing Civil War the end of that movie was very much a set up of what these movies will be,” co-director Anthony Russo said. We also get appearances from actors Robert Downey, Jr., Tom Holland, and Chris Pratt, who are on the set.

My takeaway from this video has way less to do with the movie than it does Robery Downey Jr’s hair.Â  Isn’t it just a little too Auburn?Â  Am I wrong here?