7 .Â  Spider-Man: Homecoming — As much as I love this movie, and as much as it pains me to rank it so low within Marvel’s continuing third phase of movies, I really can’t justify putting it anywhere else.Â  Outside of being the grand return of Spider-Man to the MCU (outside of an Avengers-level team-up, that is), it really doesn’t have anything going for it that its competition doesn’t already have in spades.

It is, however, very nearly the perfect Spider-Man movie.Â  While it relies far too much on Iron Man as a narrative crutch, steals too liberally from Miles Morales’ franchise-to-be and doesn’t quite have the same flair that Sam Raimi’s flicks always had to spare, it does stay far truer to the character and his world than any Spider-Man movie that came before him.Â  The character is his overly-familiar and conversationally hilarious self again.Â  His characters are as colorful as they’ve ever been.Â  And, thank God, they dropped the secret identity bit with his aunt (which I’ve discussed at length before, but was something that never made any sense to me). 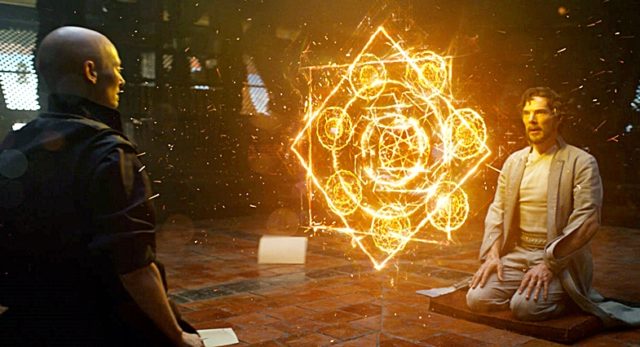 6 .Â  Doctor Strange — Talk about a trip of a movie.Â  Doctor Strange takes the bizarre, cosmic and fantastical side of the MCU and runs with it just as far as it can given its clipped under two-hour runtime.Â  And while it pays lip service to the idea that Marvel Magic is just highly advanced science, it really can’t be bothered to care about any of it.Â  It’s magic as far as the good Doctor, or any of his fellow sorcerers, are concerned, and that should be good enough for us.

Between its inspired choice of directors, solid choice in actors and breathtaking use of special effects and set design, it is an absolute must-see for any blockbuster far, be they Marvel aficionados or otherwise.Â  And, paradoxically, it actually plays out better on the small screen than the big one.Â  Rather than all of the sensuous detail is lost in rapid flurries of motion, the compression actually reduces the dizzying action into a more manageable package..

5 .Â  Avengers: Infinity War — Although Infinity War isn’t the best movie in the MCU (despite more than a decade of buildup), it is easily the best event in it: an epic coming-together of characters and storylines the likes of which we genuinely had never seen before.Â  With the few unfortunate examples mentioned previously, we got to see every major character from every one of the preceding eighteen movies brought together in one jaw-dropping film.Â  We got to watch the creative teams at Marvel tear apart our favorite teams, wantonly killing beloved characters off left and right up to its heartbreaking finale, where they saw fit to kill off half of those that managed to make it that far.Â  We saw defeat being snatched from the jaws of victories, and the good guys lose the very fight that, by rights, they had just won.

We saw history: a shakeup of the Marvel Cinematic Universe that brought the mega-franchise to its knees and set it up for what may yet prove to be an even bigger sequel on the way.Â  And while these deaths will doubtlessly be righted by the time that Avengers 4 rolls into theaters a year from now (I mean, they do have an omnipotence-granting superweapon that can grant the wielder absolute control over time, space, minds, souls, power and reality itself), the defeat and the loss is palpable and profound. 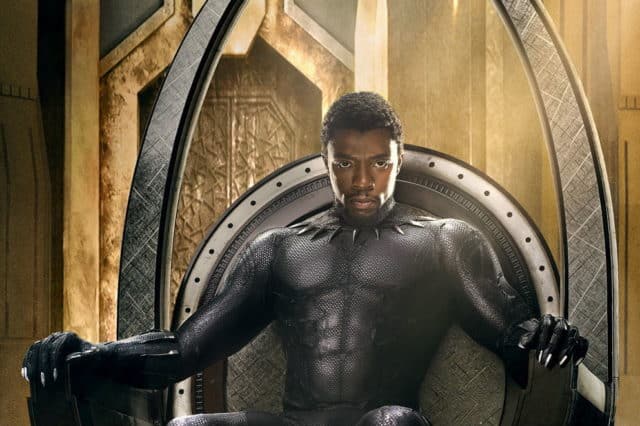 4 .Â  Black Panther — In retrospect, it’s pretty obvious that it is some minor miracle that this movie even exists in the first place.Â  Based on a character that none but one of the most die-hard niches of comic fandom new about, let alone cared about, until his cinematic debut in Captain America: Civil War two years earlier.Â  And even then, he appeared alongside almost a dozen other Avengers, including Spider-Man making his long-anticipated return to Marvel after more than a decade under the yoke of studio rival Sony.

And yet, somehow, this movie did get made — a gorgeous window into an afro-futurist nation and a world in which colonialism’s hold over the world was mercifully not so complete — and we are all the richer for it.Â  From its nearly all-Black cast (save for Martin Freeman as the token White onlooker and Andy Serkis as a second-string villain) to its jaw-dropping visuals, it was a narrative portrait that couldn’t help but impress.Â  But combined with its smartly crafted screenplay, exceptional direction and powerful message of family, tradition and legacy, it is a genuine 21st century masterpiece in blockbuster form. 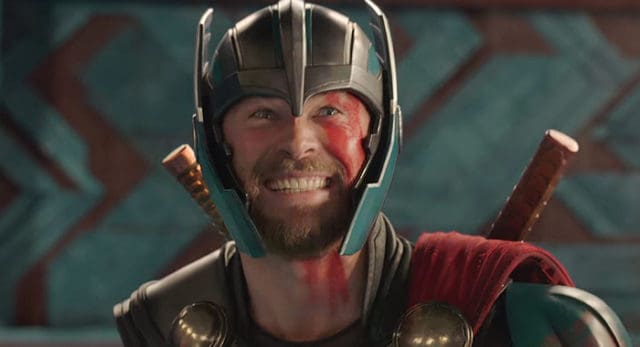 3 .Â  Thor: Ragnarok — Despite several passes at the concept and no lack of trying, Thor never really worked in the MCU: at least, not the way that he was supposed to.Â  Given the inherent weirdness of the property, Marvel always seemed a little reluctant to well and truly let him off of the leash.Â  He was always contextualized with Earth, his weirdness always contrasted with the mundane.Â  His franchise, no matter how loftily Shakespearian or cosmically ambitious, was always cut with an overbearing dose of real-worldliness, whereas Ragnarok proved that Thor, as a poperty, is so much more infectiously fun when taken on his own terms, and when the madcap nature of the series is leaned into as hard as possible.

Not only is Ragnarok a perfectly uncompromised version of exactly what it was always meant to be, but it was mixed into with a little retro flair for good measure.Â  Looking, sounding and ultimately feeling like the Thor movie that they would have made in the 1980s — with the synth-pop vibe of movies like Tron and Flash Gordon — it never felt like a better fit for the space Viking and his magical hammer.Â  Throw in the Hulk and a drastically reimagined Valkyrie, and you have what is unquestionably one of the most original-feeling and overall best Marvel movies to date. 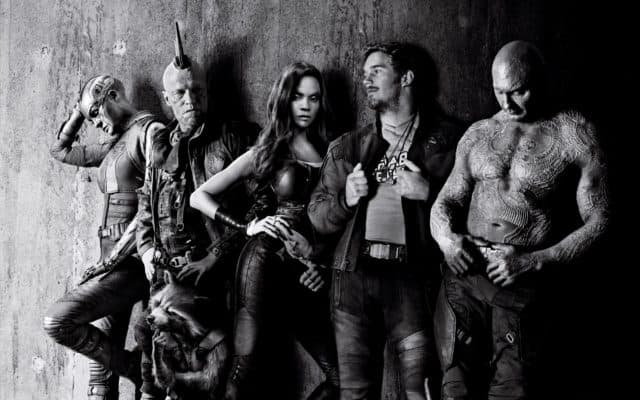 2 .Â  Guardians of the Galaxy Vol. 2 — It’s genuinely remarkable what Marvel was able to make out of this Z-list property that sounded like the world’s most bizarre game of D&D before its debut in 2014.Â  An 80’s man-child, an Orion slave girl, an Ent, a Raccoon and Dave Bautista team-up against a living planet and his bug-faced friend in order to literally reshape the galaxy in his image… it’s honestly just too much in every sense of the phrase.Â  If the first movie was like the world’s weirdest remake of The Ice Pirates, that this was, at least on paper, it’s acid-tripping cousin.

And yet, despite everything that it had going against it, everything about this movie worked: from the interplay of its characters to its familial narrative to its one-of-a-kind soundtrack.Â  It proves not just that Marvel can make blockbuster hits out of anything, but that it can do so because it understands and respects its characters on such a deep level.Â  It’s willing not only to take a chance on these characters, but dig in deep to see what makes them tick.Â  And, because of that, they made what proved to unreservedly be the most emotionally resonant movie of the year out of a Pac Man sight gag and red-finned blue man’s space funeral. 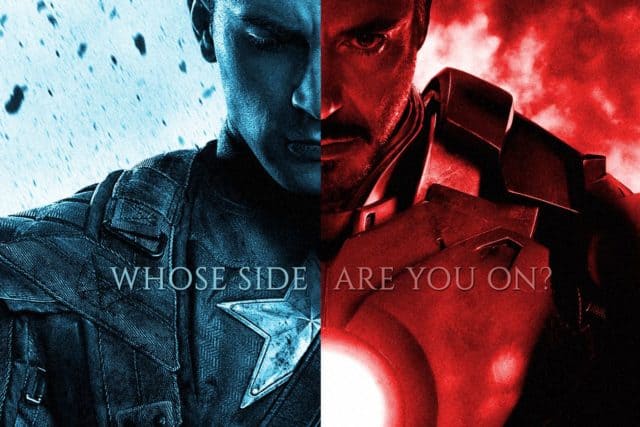 1 .Â  Captain America: Civil War — I’m honestly at a loss to think of what else could possibly take this movie’s place.Â  It is the best Phase 3 movie, the best Captain America movie and, I would argue, easily the best MCU movie overall.Â  It’s large, bombastic and brings back everything that made the mega-franchise great to begin with.Â  We not only get to watch these characters bounce off of each other, but grow and develop and struggle as people in a vast and uncaring world seeking only to drive them apart from one another.

It is features a tightly woven and thematically rich narrative brought to bear by two of the most talented directors working today: men who are capable of balancing large and otherwise unwieldly casts against not just one another, but an internally consistent narrative and the mounting needs of the larger franchise’s narrative.Â  It not only deconstructs a lot of what everybody loves about the MCU, but takes it to task for everything that has happened in it since Phase 1.