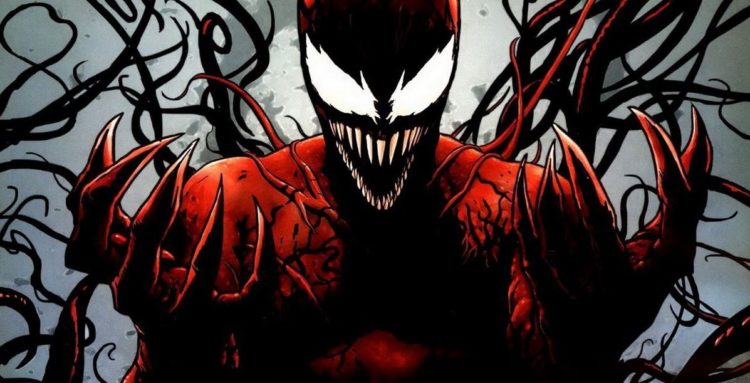 It used to be that Venom was one of Spider-Man’s deadliest and most insane villains, but that was until Carnage was created. Birthed from the same symbiote that bonded with Eddie Brock, Carnage is by far crazier and more dangerous than Venom if one can believe that. The proof is in how far he tends to take things when he’s fighting Spider-Man or whoever he goes up against. While Venom usually has an agenda of some sort, Carnage lives up to his name without hesitation, killing indiscriminately because it’s fun and, mostly, because he can. This is an individual that doesn’t often work well with others and really trusts only one person, himself. But to say that Carnage isn’t up to the task of being a one-man army is a huge error since thanks to his symbiote and its many powers he’s an unstoppable killing machine with very few weaknesses.

Here are a few things that casual fans might not know about him.

Cletus is the kind of kid that had a hard life and in response took it out on the family dog, his grandmother, and anyone else that came near him. He burned down a home for boys after killing the administrator and a girl he liked, and was later on convicted and sentenced to life. He just doesn’t care, he’ll kill whenever he wants to without needing to make a point.

9. He’s the offspring of Venom.

As luck would have it Eddie Brock was paired up with Cletus as a cellmate at Rykers and somehow the symbiote reproduced while he was held in lockup. It seems like a glaring plot hole to think that anything as mundane as a prison could Venom, but at the very least it gave the fans Carnage.

8. There is no separating Cletus and the symbiote.

Eddie Brock and his symbiote are different entities, but thanks to the fact that the offspring of Venom slipped into Cletus’ bloodstream Carnage is a singular being born of the bonding between the symbiote and Cletus. There’s really no getting rid of one without getting rid of the other.

7. Carnage forced Spider-Man and Venom to team up.

What else could make two hated enemies team up? An enemy that is powerful to take them both down at once would likely do the trick for anyone since Carnage was capable of shutting down both Spider-Man and Venom at the same time. Working together however the two managed to subdue Carnage for a little while.

6. The name that stuck was the third choice for the character.

Chaos and Ravage were the first two names to be picked, and while they’re mighty in their own right they didn’t fully incorporate the image that was needed for this character. Carnage however is something that fit snugly and without any difficulty.

5. He had his own attraction at Universal Studios for a while.

A lot of superheroes and villains have had their own attractions at Universal Studios at one point or another and Carnage managed to get a haunted maze that was all his own. It was there and gone for a limited run in 2002 but a lot of fans would love to see it come back.

4. It’s possible he could show up in another Venom movie.

This kind of depends on how the upcoming Venom movie does considering that a lot of people aren’t holding out a lot of hope that it’s going to be anything special. But with the realization that Spider-Man won’t be making an appearance it could be advantageous to slip Carnage into a second film.

3. Kasady was based on the Joker.

It was openly admitted that while Carnage was molded after Venom, Cletus was made in the likeness of the Joker. Both men delight in torturing and killing others for sport and usually have their own twisted designs that make sense to no one but them.

2. He has a lot of different powers.

The control that Cletus has over his symbiote-infused body is incredible. He can create weapons out of the symbiote, has enhanced senses and strength that are greater than Venom’s or Spider-Man’s, and his ability to regenerate makes characters like Wolverine and the Hulk look like amateurs. Sad to say but it’s true.

1. Originally he was going to replace Venom.

Believe it or not Venom was supposed to be a one-off character. But when his success started to build the creators instead decided to make an even worse version of Venom in Carnage, who was the psychopath that Venom had originally been but multiplied by a thousand.

For as impressive and awesome as Carnage really is as a villain it seems past time to finally put him into a film and see how things pan out. Maybe Venom will do well enough that a sequel could bring Carnage into the fray.