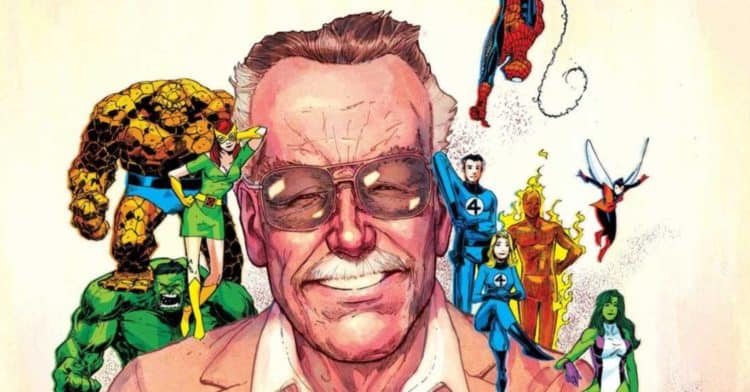 In a big way it’s hard to really quantify Stan Lee and his work and all it’s meant to the fans both past and present. He wasn’t perfect by any means, but he was still a figure that was at the forefront of something that would eventually become absolutely great and would take over the entertainment world in a big way. Even better is that he had the chance to see a good portion of it that’s happened thus far, as Stan passed only a year ago, well into the MCU’s dominance of the box office and it’s impressive run towards Endgame. What transpires now is going to be a part of his legacy that will, a many hope, endure for many generations to come. The characters, the stories, and the contributions to Marvel that Stan provided and the iconic way in which the company has lasted and grown into such a juggernaut in the entertainment industry is nothing less than epic since Marvel has been coming up in a big way for a little over a decade now. While it was already on the rise in decades prior, the true kick came in the form of the MCU as Iron Man took the screen, followed by Captain America, Thor, the Avengers, and all those that have come since and will come after.

Remembering Stan "The Man" Lee: his legacy will live on in the Marvel Universe and the hearts of Marvel fans everywhere. pic.twitter.com/dvAkpCBS22

To say that he’s appreciated as one of most important people in the Marvel universe is an understatement, but people do need to be reminded that he had plenty of help and support from a few people that were there to share in the birth of something that would eventually become a worldwide phenomenon. Jack Kirby and Martin Goodman were important figures in his life as they were a foundation of sorts that Lee used in order to push his ideas and help to create something that would eventually be embraced by a wide number of people that saw value in the fantastical imagination that he and Kirby brought to readers. Back in his day superheroes weren’t unknown after all but they were certainly destined to change once he and Kirby really started rolling along. The Fantastic Four, Iron Man, the X-Men, and many, many more were creations that hit the ground running and might not have done spectacular at every turn but were held in high esteem after a while and eventually went on to become known in the Marvel universe as some of the most amazing heroes around. Their villains were equally as amazing and in many ways were perfect matches for the heroes as the tales that came from Lee and Kirby would at some point spawn the stories and characters that we have today.

While it might seem risky to say the loss felt by Lee’s passing is muted somewhat as his legacy is great enough that a hearty ‘thank you’ is all one really needs to give voice to in order to truly honor the man. His health had been deteriorating for some time before 2018 and he’d suffered a few legal issues in his time, but he still managed a smile and a great deal of gratitude for the fans that helped to make things into what they are now. If there was one thing among everything that Lee was capable of it was appeasing the fans, as many of his stories, no matter the initial reaction, have become absolute legend at this point even as the canon has changed again and again. The one constant with comics as it’s been seen for years is that things will always change, though a few fundamental ideas will usually stay the same, if only to insure that the overall integrity of Marvel and its many properties is kept, at least at a fundamental level, as true as it’s always been.

Stan Lee meant a great deal to a lot of people and seeing him show up in so many movies and being available to the fans as much as he was remains something special that not every creator feels the need to do. The fact that he shows up in nearly every Marvel movie, remember there are some that predate the MCU, is absolutely great since it’s a sign to the fans that he was all in and was almost always ready to give them a visual treat, which was only seconds worth of screen time but was more than enough. There’s really no way to say how much people are going to miss him in the years to come, but so long as comic fans remember Stan there’s always a good chance that he’ll continue to be thought of as the main man when it comes to Marvel and the guy that helped to kick off a brand name that could very well last for decades and even longer to come.