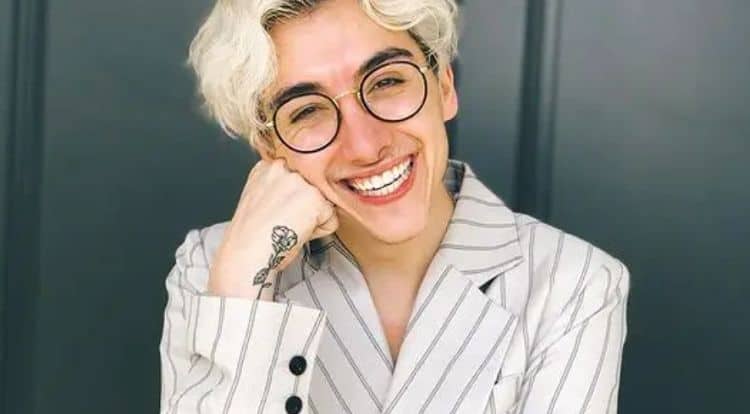 You might not recognize their name right off the bat, but you’re going to recognize their face. Mason Alexander Park is one of those people in the acting community who really gets around. They’ve been in everything from “iCarly,” to “Hedwig and the Angry Inch,” on Broadway. Their talents are as vast as their work, and they have already shown the world they can do anything that interests them. Right now, they’re making headlines for some of the work they’re doing, and we all want to get to know more about Mason

They’re not just an actor. They’re a person who has a plan, and that plan once included founding P.A.R.K. Productions. They’re the founder and artistic director. It’s a non-profit company that’s done work in Pittsburgh since it’s inception.

It’s one thing to say you lived history, but it’s quite another to make it. Mason did just that. They are the youngest person in America to serve as an organizational ambassador. They served as ambassador for the American Diabetes Association as well as the Leukemia and Lymphoma Society. It’s a job they’ve been doing for a very long time, and they’ve earned their way to the position of ambassador each time.

The other thing that is so impressive about Park is their willingness to serve others. Since Mason was a mere child of eight, Mason’s been working to raise money for causes that are close to their heart. They raised well of $100,000 for charity – since Mason was a child. How many eight-year-old children do you know out speaking publicly and raising money?

If you’re unfamiliar with the term or why we use them, their, and they when talking about Mason Alexander Park, it’s because the actor is non-binary. This means they do not identify as a he or a she specifically. They identify as themselves.

Cool news is breaking lately that has us all aware that Park is playing the character Gren, who is largely known as a fan favorite from “Cowboy Bebop,” which is now coming to Netflix. They’ve been excited to work on this for a long time, and it’s finally coming to the streaming network. It’s an exciting role to take on.

Mason Alexander Park loves cats. There’s a chance Park only loved the family cat, the cat they called they’re brother, but there is also a chance that they love all cats. Either way, Park had a cat by the name of Toby Park. Toby passed away during the summer of 2020. We imagine it was a heartbreaking experience for the entire family to lose their beloved pet of 8 years. Our hearts hurt for the Park family’s loss.

Park posted to Instagram in July 2020 that their tattoos are a symbol of their anxiety. “Turning all of my anxiety into tattoos,” is the phrase used to describe them, and it’s one that might hit home to a lot of people. 2020 has been, after all, an anxiety-inducing year for many people, and it’s a creative outlet to handle it in this manner.

8. They Are a College Graduate

It’s not uncommon for those who go into the acting business to be portrayed as people who went straight from high school to Hollywood or New York to pursue a career in the business after disappointing their parents with news they are not going to college. Perhaps that’s why so many people assume actors don’t have a degree. Park has a degree. Park attended Point Park University and graduated in 2016.

Being someone in the public eye is not always easy, and it causes many people to clam up and keep their personal opinions and feelings to themselves. That’s all right. No one should feel pressured to share their personal thoughts with anyone else in any capacity, and no one is here to judge those who live a private life. However, Mason Alexander Park is not someone who keeps their feelings to themselves. They are always outspoken and ready to say what’s on their mind.

Outspoken and private and acting rarely go hand-in-hand-in-hand, but they make it work. They have taken the art of sharing just enough while also maintaining their own personal level of privacy and comfort to a brand-new level in Hollywood, and it’s a beautiful thing. Just because someone is a star doesn’t mean the world is entitled to know every single thing. What they choose to share with their fans is a privilege to fans, not a right.