There are a lot of LEGO fans out there, which in turn, means that there have been a lot of remarkable LEGO projects out there. The latest example is a LEGO model of the Delorean from Back to the Future, which is not up to scale but nonetheless represents the investment of an enormous amount of time and effort. After all, more than 65,000 pieces went into the project, which could not have been completed without a team of seven people putting 290 hours into it. Summed up, the LEGO model of the Delorean from Back to the Future is one more example of the remarkable projects that have been completed using nothing more than LEGO parts. Moreover, it is an excellent reminder of what people can accomplish when they are willing to put sufficient time and effort into a particular project.

Who Are the People Behind the LEGO Delorean?

For those who are curious, the LEGO Delorean is the brainchild of a couple of skilled and experienced LEGO builders, who managed to secure permission from Universal Pictures for their project. One of the pair is Russell SÃ¸ren-Larsen, while the other is Ryan McNaught, who might be familiar to people interested in LEGO building as the Brickman. In fact, it should be mentioned that McNaught leads an entire team of LEGO builders called the Brickman, which merits mention for the simple fact that said individuals have managed to turn their personal passion into a true profession. For proof, look no further than the number of projects that the Brickman has completed for a wide range of clients, which include not just numerous models for galleries, museums, and shopping centers but also two whole collections that are on constant tour. 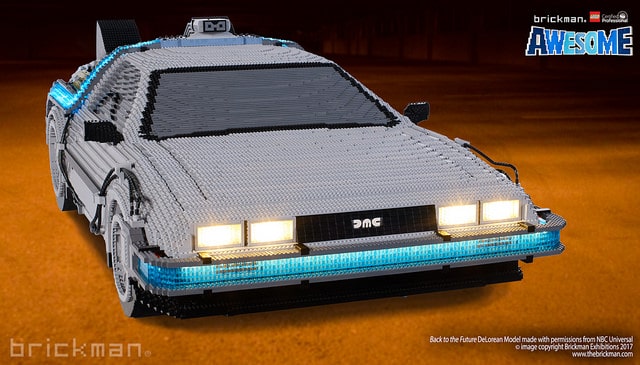 On top of this, it should be mentioned that McNaught can claim the honor of being one of the few LEGO Certified Professionals who can be found out there. Like the name suggests, LEGO Certified Professionals are not LEGO employees but rather LEGO enthusiasts who have been recognized by LEGO as trustworthy business partners based on a combination of their skill, their passion, and their presentation. As a result, it is a designation with a fair amount of prestige to it for people who are interested in LEGO building, not least because there are no more than 14 such individuals in the entire world. 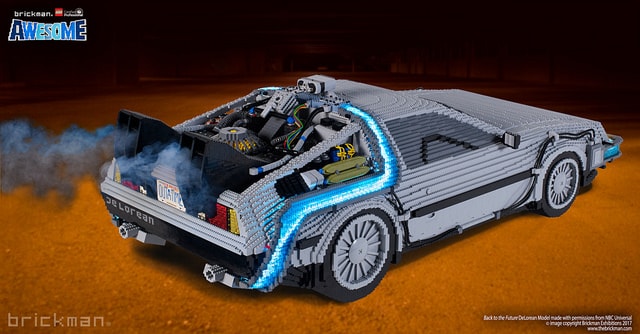 With that said, it is interesting to note that the LEGO Delorean was still a challenge for the Brickman. In significant part, this was because the LEGO Delorean was one of the largest projects that the team has ever made while using LEGO plates rather than LEGO bricks for the most part. This was necessary because while LEGO blocks could have been used to create the model, LEGO blocks would have resulted in a blockier appearance that would be worked against the desired impression for the model. After all, the Delorean was supposed to be smooth and sleek in appearance, which was why LEGO plates were chosen to create that particular look. One other example of the problems faced by the team can be seen in the back, which didn’t just need to pack in a lot of detail but also needed to host functional lights as well as be capable of emitting smoke from the vents. Still, looking at the completed model, it is clear that the LEGO builders behind the LEGO Delorean were more than up to the task before them.