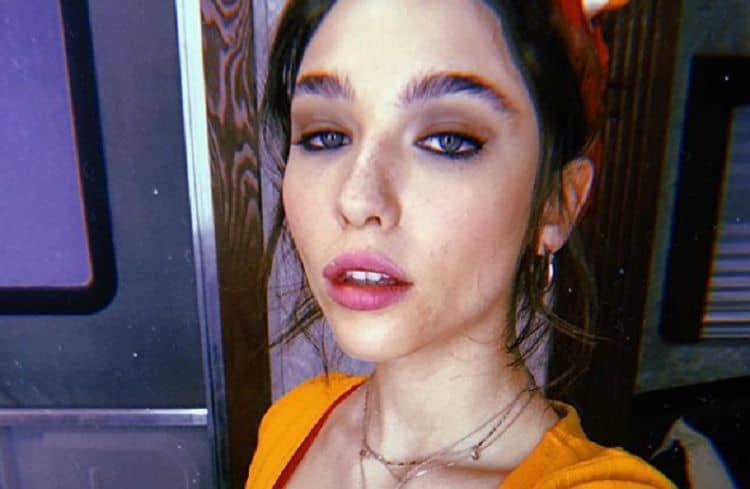 Matilda De Angelis is an Italian actress who has been in many films and series in Italy. She’s been making a name for herself for a while, even though she’s still so young. She might not be a household name as yet, but she’s working her way up the Hollywood ladder to the point that she is someone we all recognize without hesitation. Since she’s working so hard to make that happen for herself, we thought we might take a moment to help her out by allowing everyone to get to know her just a little better than they do already.

She is a young woman who hasn’t been around nearly as long as some people who are doing the same thing she is doing, but that doesn’t matter. Her date of birth is September 11, 1995. She just celebrated her 25th birthday amid the global pandemic. We imagine she probably had a much more fun celebration planned before the world shut down.

She’s not just an actress. She’s also quite musical. She’s been playing instruments such as the guitar and the violin since she was a child. She was only around 11 when she began playing. When she was only 13, she was already composing music that made her feel so good.

3. She’s Starring with Someone Major

She’s about to be part of the big screen with a major motion picture alongside someone very recognizable. She’s going to star in a new movie that’s been adapted from the work of a man who is one of the most famous writers in history. It’s an Ernest Hemingway classic, and she’s going to start alongside the one and only Live Schreiber.

4. She Celebrated Her First Big Role

When she was cast in “The Undoing,” it was beside some of the biggest names in Hollywood. She was with both Hugh Grant and Nicole Kidman, and she could not believe that this was her life. She took it upon herself to celebrate, and she did it up. She got drunk. She went out and went dancing and had the best night of her life.

5. She Thought Hollywood Was Just a Dream

She’s a childhood favorite of De Angelis. She’s loved her throughout her life. She has always been a huge fan, she’s always wanted to spend more time trying to be like her, and she was in love with the first time they met. In fact, she says the actress doesn’t even walk because she’s basically an angel who floats. We can actually see that, to be honest.

8. She Learns on the Job

She did not professionally train to become an actress. She was given her very first role as an actress because she simply showed up for an audition, and she had the right accent that the director was looking for. She wasn’t experienced, and that was another thing that the director was looking for. It just worked out for her, and she learns as she goes.

9. She Uses Her Body to Express Herself

It was part of her role, and it was part of her life she now considers her first. It was a moment she will never forget, and it’s one she could not wait to share with all of her friends and her family. She loved it.