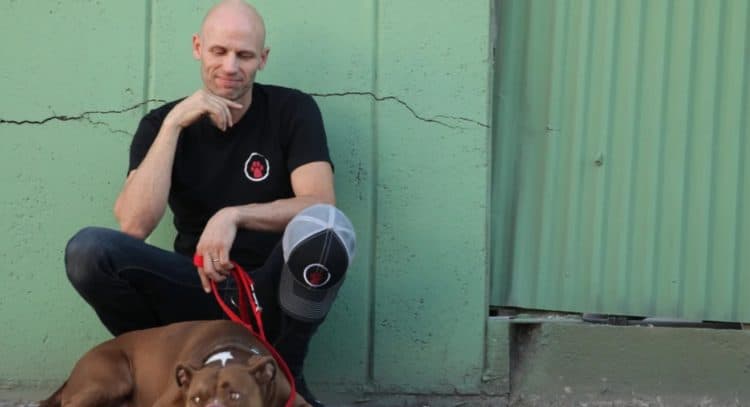 Some people would say that it takes a lot to get noticed in the world today while others would say that just about anyone with an idea can find a way to get attention and earn their 15 minutes of fame. Matt Beisner however seems to have found a way to become known without being too famous but definitely being prominent enough to be counted as someone worth listening to. What he’s done when it comes to dogs and the methods that he uses to train and recondition them in some ways is nothing short of great since it’s elevated him in the eyes of many and it’s actually become something that people are wanting to learn more about since the idea of simply putting a dog down when they misbehave or become dangerous or even ‘broken’ because of abusive behavior is absurd to many people. By finding a way to turn the behavior of so many canines around Matt has provided a valuable service to many people.

Here are a few things you might not have known about Matt.

He’s been seen around a time or two, not really enough to say that he’s a celebrated celebrity, but enough to say that he’s been there and done that. Whether or not he’ll continue to act or just keep moving on with his own vision is hard to say since at this time it would seem he’s fully invested in helping troubled canines to readjust to loving families.

9. Matt has his own show on how to train dogs.

As much as some might see this type of show as little more than an attempt to make more money and cash in on what could be seen as a great idea it still would seem as though Matt is all about his purpose in life and isn’t really looking to cash in as much as he’s attempting to make people aware of the very real issue that comes with dogs that are mistreated and then put down through no fault of their own.

8. He works with aggressive dogs that need help.

There are a few good reasons why a dog will turn aggressive and a lot of the time it has to do with how they’re treated. Dogs that are abused, neglected, and otherwise not appreciated are typically going to be seen to exhibit behavioral traits that are anything but welcome in a household, but in many ways this is not their fault since most dogs are quite pleasant if they’re given a good home with a loving family.

7. Matt used to be an addict until he turned his life around.

Melissa Kauffman of Dogster makes it known that Matt was an addict at one time and thankfully after turning his life around he decided to do something good for those around him. That he focused on troubled canines is a great way to see how he changed as a person and wanted to make sure that he was a positive influence on others.

6. So far what he’s done has resonated with a lot of people.

Kevin Yeoman of ScreenRant has commented on Matt’s activities and it seems that many people have decided to give him pretty high praise for what he’s doing, and rightfully so since he’s been helping to save dogs rather than just let people euthanize them for being emotionally wrecked.

5. His training facility is listed as Zen Dog.

He definitely has a different way of dealing with dogs that a lot of people have come around to, but it would also seem that he still has his critics as some people don’t fully understand what he does or how it works.

There are many places in this world where dogs are kind of an issue when it comes to their behavior and are seen to be placed in the pound or worse because of something they’ve done. But in LA it would seem he’s found a willing audience that will listen to what he’s trying to do.

3. There’s not an overwhelming wealth of information on him.

Most of what is to be found online about Matt has to do with his show which is all well and good, but it makes it hard to get to know the person since there isn’t a whole lot to go on.

This is definitely ironic since those that have a fear of dogs, some of them at least, have no intention of ever getting over it and continue to let it rule their interactions with any canine.

1. As you can imagine he’s done a lot of research on dogs.

This one should be pretty obvious since a person doesn’t just go into this type of field without doing a bit of research at least.