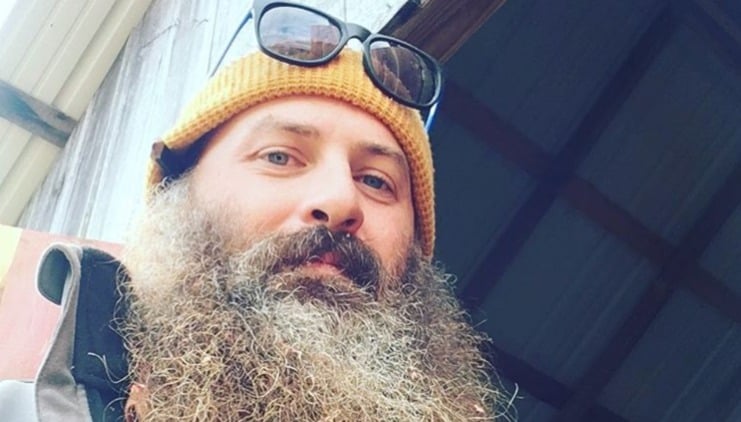 You may have had the opportunity to read our previous peace on Martin Raney, star of the Discovery Channel series, ‘Homestead Rescue’. While Marty is the head of the Raney family, he is not the only focus on the show. With a wife and four children, there are times when we get to see the things they can do and learn who they are as well. Matthew Raney is one of the sons of Marty and his wife, Mollee. He lives in Alaksa with his own wife and son, but the elements and conditions of living off the grid don’t present a problem, or even discomfort for anyone in the Raney family; they’ve been living this lifestyle consistently for more than 40 years.

Fortunately, they opt to share their lives with us by giving us a front row seat to them through their television reality show. Marty, daughter Misty, and Matt, are the main characters, with Matt being the ‘hunting specialist’ in the group. We learned quite a bit of very interesting information regarding Matt when we looked into him, information that we just knew you would want to discover as well. So, if you are a fan of the Raneys and ‘Homestead Rescue’ on any level, or you’re a newcomer just starting to view the series, you’re going to appreciate what we’ve put together below. You guessed it, this ’10 Things list is all about Matt Raney. Sit back, relax, maybe have ‘Homestead Rescue’ on the TV in the background. Read on to learn more about another Raney family member.

Here are 10 things you didn’t know about Matt Raney:

32-year old Matt Raney not only grew up in the wilds of Alaska, he was literally born there. Since this is the only life he has known, Matt can not only survive, and do that well, he is also able to manage all facets of the homestead with great success. Totally educated and adept at animal husbandry as well as farming, which he learned on a farm belonging to an uncle and aunt, and in-depth business experience given over the course of a lifetime, have served as the finest of educations for him and his three siblings.

Marty is married to wife, Katie, and the couple resides on the family homestead near father Marty’s home; they have one son. Matt and his wife live in a home they consider temporary: A mechanics’ shop he bought and had moved to his father’s land. Remodeled, the home now resembles a barn, and it has running well water and wood heat. They will live her while the family focuses on the constructing a super-homestead on the land.

Matt and his family give utmost priority to keeping their private lives private. Not only does he choose to not discuss his education, he also and kept the name of his son and other details within the confines of the four walls of home. Another thing he has chosen to not divulge is the exact date of his birthday, though he was born in 1986. With that being said, we can’t narrow down any zodiac information on him, but we doubt that he will miss it much anyway.

Even though Matt and his family focus their energies on living a life of subsistence, he is able to post to social media, but these days it is almost necessary when it comes to business. Where he does this is beyond us, but he gets the job done. You can find him on Instagram under @matt.raney, and on Facebook under Matt Raney Alaska, or simply search Matt Raney. On Twitter you can find him under @mattraneyalsaska as well.

While they entire family is skilled at all aspects of living off the land, Matt is the one who gets the most joy from it, and therefore has taken the deepest interest in learning everything he can about it. He sees to it, on a yearly basis, that the family freezers are full. This means packing them with moose, caribou, and doll sheep, and adding halibut and salmon to the food supply as well. If he were in it for the money, Matt would be a millionaire a few times over by now.

For National Geographic’s ‘Ultimate Survival Alaska’, Matt, along with his father and others, led an expedition through the Brooks Mountain range, which was split into several travel segments, called ‘legs’. Each one was followed by a commentary from Matt, which consisted of his reflections on each leg of the journey, and gave his opinion on each day’s events progress. The Brooks Mountain Range is the highest range in the arctic circle. The actual videos on this expedition can be viewed on the Nat-Geo page.

Though they weren’t paying gigs, Matt was in a variety of film works with his family from an early age. As an adult, he has had a direct hand in ‘Homestead Rescue’, Ultimate Survival Alaska, and is pretty much running the family’s stone and log home business. With all of this together, on may think that Raney would have, should we say, an overabundance of cash, but we have to remember that the Raney’s focus on a life of subsistence. It is approximated that the net worth of he and his family for 2019 is estimated at around $1 million. We suspect that the number is a bit higher in reality.

What may seem just a great love for the outdoors and natural living to you is likely based in a deep spirituality. Matt and the other Raney children were raised Christian by their parents Martin and Mollee. The primary reason for their lifestyle is rooted in these beliefs, and it extends to how they earn their money, raise their children, and in the values which they walk under for the rest of the world to see. And that is really the point of letting the world see how they live, in the end.

Denali seems to be the focus of much of the following that the public does when it comes to Matt and the rest of his family. Matt is no stranger to Denali…not by a long shot. Denali (formerly known as Mount McKinley, is past official name) is the highest peak in North America, bar none. The mountain boasts a summit of more than 20,000 feet above sea level. The mountain’s inhabiting people are the Koyukon people, and they have called the mountain ‘Denali’ for centuries. A total of 24,000 + people have attempted to scale the mountain, but only half have succeeded, and more than 100 have died in the process; eleven of that 100 died in 1992 alone. Matt, however, has successfully climbed Denali more than a dozen times.

Matt’s plans for the future are consistent and exactly what we have all likely expected. The Alaskan wilderness is his home, and he and his family have settled there with contentment. From what we can tell, Matt will likely remain there for the rest of his life, running the family business, hunting, climbing, and teaching others by leading expeditions and conducting training regarding living a life of subsistence. Because they are settled and adjusted, their lives in Alaska are exactly the way they want them to be, and we can blame them. We just need to remember that nothing worth having comes easily.

From the outside looking in, the Matt Raney and his little family live an idyllic life, one that most of us daydream about, but are not willing to put the work into to have, and that’s just honest. Matt and the rest of his family live it, day after day, year after year, and the payoff is obvious. They are content with what their God has given them, and they put it to work for the best. With that being said, with or without television fame or followers on Facebook or Instagram, Matt knows a level of success most of us will never know, and we salute him for living a life that follows his heart. Kudos, Matt Raney and family.