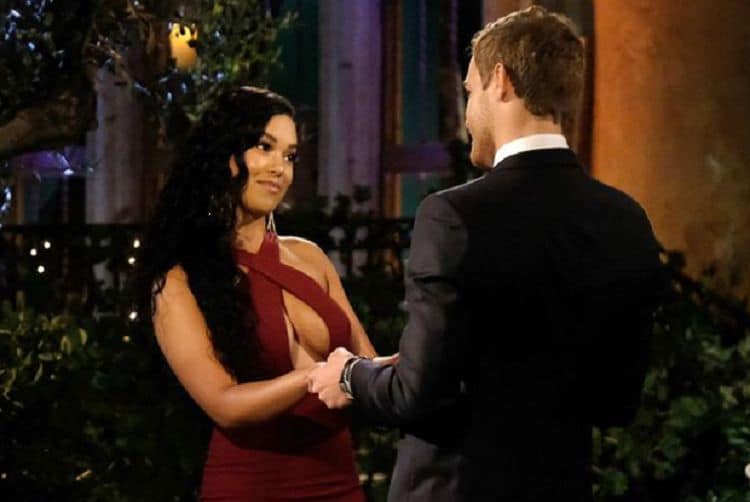 In the initial stages of the show ‘The Bachelor’, many of the contestants are eliminated. It can be a difficult time to press through, as are all the elimination rounds, if we’re being honest. But some who are passed up during the rose ceremonies have quite a bit of potential; however, the bachelor who is making the choices hasn’t really had sufficient time to get to know them at all.

And neither have we. We have had even less time with them then he has. We’ve only seen what they allowed us to see, the scenes that didn’t get cut. One of the contestants eliminated by Peter Weber early on, during the first week of season 24, was Maurissa Gunn. This exotic looking 23-year-old beauty had high hopes, like all the rest, that she would make it through and become his future bride. But like so many, she too ended up going home with disappointment in her heart.

But there is much to learn about Maurissa. Apart from her short-lived bout on ‘The Bachelor’ she has a life, ambitions, and future goals. She has family, a past, and a job. All of these things combined make up one young lady’s history, and since we didn’t have time to discover them on the show, we thought we could put them altogether and share them with you here. Below is a ’10 Things’ list all about Maurissa Gunn. We’ll share what we learned about her during our research, thereby giving you the chance to find out who she is, where she came from, and what she wants out of life. If Maurissa was one of the contestants that caught your eye so far during this season, keep reading to learn more about the person she really is.

Here are 10 Things You Didn’t Know About Maurissa Gunn

Born and raised in Laurel, Montana, but relocated to Atlanta, Georgia after high school graduation. Maurissa came into the world in 1996; she will be 24-years-old this year. She attended Laurel High School, and during her time there Maurissa participated in pageants that were being held. She has stated that those years were some of the most ‘awful’ of her life, and caused issues for her regarding her self-image. She also participated in softball, varsity cheerleading, and varsity softball while attending high school. The name of her parents is unknown, as is whether or not she has any siblings.

Maurissa works as a Patient Care Coordinator, though the company she works for has not been divulged. She did spend a substantial amount of time before going on television for the show traveling for her job. She ended up going to the Dominican Republic and working around much of Miami, Florida. Patient Care Coordinators work with medical facility administrators and staff to make sure that the facility in question is providing an acceptable level of quality care, and to set health care goals and see to it that those goals are being met.

During her time in high school, Maurissa had a five-year long relationship with one boyfriend, whom she thought she would eventually marry. However, it came to her attention that he was not interested in marrying as soon as she was, and the relationship was ended. She is not currently married, nor does she have kids. She does have many friends, but since she prefers spending time with those of a more mature mindset, most all of her friends are at least ten years older than she is. Maurissa spent time in the Caribbean with her female friends, and she also enjoys singing, but must be in the right mood to cut loose and belt one out.

According to Maurissa, her time competing in pageants really took a toll on her and the perspective she had regarding her body image. She started out competing at an average weight for her age, but the pressure that was put on her and the other girls to get thinner managed to not only change her focus, but gave her an unhealthy outlook. Today, Maurissa has lost 80 lbs. the healthy way, and states that she wants to keep going with the weight loss, though we think she looks fine. She actually began paying closer attention to fitness after breaking up with her boyfriend from high school and relocating to Atlanta.

According to sources, Bachelor Nation thought quite early on that it had been a mistake to send Maurissa home during the very first week. They stated that she not only had a story that captured viewers attention, but she is also a good person who even built a close enough rapport with bachelor Peter that the pair actually had a secret handshake. They added that they thought we would somehow being seeing more of Maurissa one way or another, and that she is far from finished. What they are referring to specifically is unclear.

According to her exit interview with Fansided, Maurissa stated that Peter was ‘awesome’, and that the other girls were ‘great, too’. She thought that she had a good connection with Peter Weber, but thought that he obviously felt differently. She also took some of the blame for being eliminated on herself, though the person interviewing her tended to blame the bachelor for making a wrong decision instead.

Maurissa was born in 1996, which is the Year of the Rat. According to Chinese zodiac authorities, 1996 is actually the ‘fire Rat’ year. Children born during this particular year tend to be very charming. They can also be aggressive, and they are creative and very able to adapt to most any situation or circumstance. They also have a strong work ethic and tend to be spendthrifts, and they usually aim toward having and achieving the better things life has to offer.

Maurissa is active on social media, and tends to use Instagram more than other accounts. Those interested in checking her out on a closer level can find her there under @maurissagunn, where she currently has nearly 17k followers. The number of followers keeping tabs on the former beauty queen has increased greatly due to her appearance on the popular reality show.

While we are unsure whether or not Maurissa will make any more television appearances, it is highly likely that she will continue on with her job as a Patient Care Coordinator for the time being. She will also continue to plug away at her fitness goals in order to get where she wants to be health-wise. We also expect that her life in Atlanta will continue along the same lines it was on pre-‘Bachelor’.

Once again, it is a let-down for contestants and fans alike when they are eliminated during the rose ceremony on ‘The Bachelor’. But it isn’t the end of the world, and Maurissa Gunn has exhibited a very positive attitude regarding her own elimination, which is admirable. Whatever the future holds for her, we definitely wish her the best of luck in finding the lifelong love she so wishes for. We also hope that she finds nothing but success in the years to come.