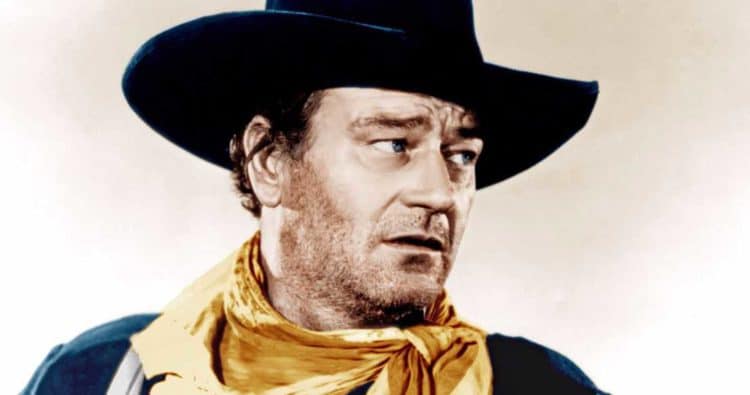 It doesn’t take much to offend people these days, but then you can only defend someone for so long when it comes to something they were recorded saying years before. What a lot of students at USC, and a lot of people in general, don’t seem to recognize, is that if we’re going to be taking a nice long look at everything icons and legends that a lot of folks have looked up to throughout the years then eventually everyone will topple. John Wayne wasn’t the nicest of guys in his own time, and if people thought he was then they weren’t being given the whole picture. But we didn’t think he was great because of the person he was off screen, we thought he was great because of the person he was shown as on screen. There’s a big difference, and as Kevin Burwick of MovieWeb shows in his article it would seem that the students of USC are at least a little conflicted as to whether or not they should eliminate John Wayne’s heavy influence on their campus. It’s very true that he wasn’t always the nicest person in real life, no one is about to dispute that. And there’s no getting around the interview he did with Playboy or how controversial it sounds. But did people go to his movies hoping to hear his opinion on how America was great because it had been ‘taken’ from the Native Americans? Nope, they went because they wanted to see the Duke in all his glory. By the way, for those that are thinking that Native Americans were a peaceful lot that never harmed a fly, think again.

As John Horgan of Scientific American has stated it’s very real that Native Americans were warring with one another before the first Europeans ever set foot on North America, but it’s also true that the Europeans did a great deal of damage as well. So honestly Wayne’s words about taking this great nation from the Native Americans was highly insensitive and deserved a heavy scowl, but honestly and truly it’s a pattern that’s been seen worldwide since humanity discovered how to kill each other over resources. The fact that John Wayne said what he did is impossible to take back, as is the line about white supremacy, but again, it’s still a question of taking down an icon because of who he was beyond the screen, not what he did for film. Of course he wasn’t that pleasant of a guy to everyone, and at the risk of creating a straw man argument, there are a lot of actors that might floor a good number of their fans if they happened to show their true colors when the cameras aren’t on and their real opinions are allowed to come forth. Does anyone get this idea that actors are telling them what they want to hear and are likely living a very different lifestyle without a care in the world for the things that they’re said to champion? John Wayne didn’t really hide his opinions, they were out there and able to be viewed by anyone, but years later people are still willing to lay into the actor for things that, despite being reprehensible, can’t be changed or taken back.

Is that enough to get his image and likeness taken down? Is it enough to forget that he was a great actor and created a good number of characters that people absolutely loved? Some would think so, but then again there are plenty of people that have decided to speak up after the idea that they’re now ‘woke’ finally hit after decades during which few if any people really had a serious issue with the way the world was. It’s hard to defend the racism and other issues that were rampant in earlier decades so I won’t bother, but the truth is that if people want to knock John Wayne down a number of notches or eradicate him entirely from cinematic history, as a few people might want, it’s likely that many will start looking for reasons to do the same to just about anyone. Honestly, if you’re going to look at the faults of one star then it’s likely that you’ll get others to do the same to Hollywood in its entirety, until people are too afraid to give interviews and the whole of the acting elite will have learned to speak only when it’s deemed safe and in a manner that others feel is appropriate. As Eli Rosenberg of The Washington Post has shown, John Wayne said some very controversial things that pain him as a less than pleasant man, which is something that’s already been documented in the past. Is there anything else that people wanted to bring up that happened decades before they were born? As of now it almost seems as though people are bored to the point that attacking the past instead of looking to the future is a favored pastime.