Home
Movies
Maybe We Should be Excited for Indiana Jones 5? 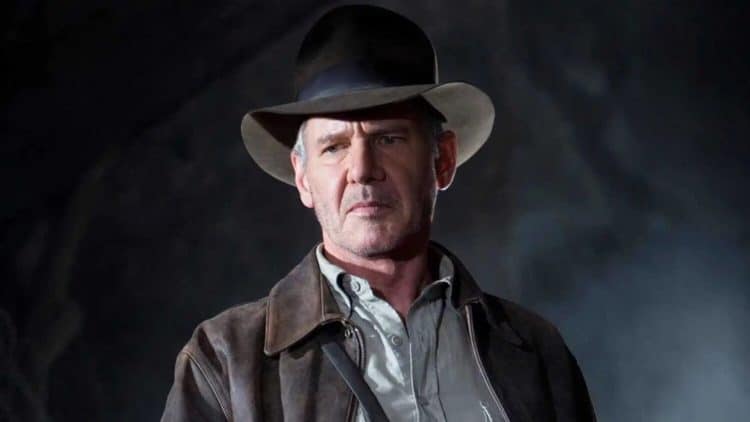 A lot of people trust what Mads Mikkelsen has to say since he’s become such a hot topic in the acting industry, and rightfully so, but when thinking about how the Indiana Jones franchise has been going in recent years it feels as though his enthusiasm towards the next movie is still something to be taken on a case by case basis. In other words, he might think the script is everything he wished for, but while his part might be great and his character could possibly be a highlight of the movie, it’s still likely that being TOO excited for this movie might be a mistake. It’s a personal thing really for a lot of people since the last Indiana Jones movie had its charms here and there, but overall it was a bit of a dud when stacked up with the expectations that were made for the movie. It might have something to do with the fact that Harrison Ford is getting kind of old for the role, or that seeing Shia LaBeouf being supposedly groomed to take over (even though it didn’t happen) left a sour taste in a lot of mouths, but something about this movie just doesn’t feel right. At the moment it sounds as though it will be taking place in the 60s, which is an indication that things are going to move forward in an even greater manner, meaning treasure hunters such as Jones are going to find the practice more difficult as the world wasn’t the same place that it was decades earlier. Jones might still be a professor, or not, and an adventurer, or not, but the act is that the bad guys need to get a little more sophisticated or the whole thing is going to feel too similar to the movies that have come before.

It’s easy to want to trust Mikkelsen’s word since the actor has been creating a stellar reputation over the years and doesn’t really have a reputation for starring in horrible movies. But the fact is that Indiana Jones hasn’t been great in a while, and while some might disagree and think that Raiders of the Lost Ark was the best movie, the Temple of Doom was highly entertaining, and The Last Crusade was even enjoyable in many ways. If this next movie turns out to be any good it will be a nice return for the character and will hopefully be the last that we’ll see, if only because Ford is aging out of the role very quickly now and it’s easy to assume that he won’t be able to do much in this coming movie simply because of his age. Some folks manage to function just as well in their 70s as they did in their 40s, but it does feel as though Ford would be pushing his luck to do too much. Maybe I’m worrying too much about it, but the fact is that there are actors out there who are taking on roles that should have been retired by now, the character if not the actor. It’s been seen quite often in cinematic history that some characters need to simply fade out after a while or be given one final movie that will cement their legacy before they get to move on and pass the torch to someone else, or simply hang it up. That sounds awful to say about a character such as Indiana Jones, but the fact is that the character has been around for a while and it might be time to explore his earlier adventures, even if it’s already been tried.

Going by Mads’ word though, this movie might be worth more than a lot of people are already thinking, but it’s going to take a phenomenal showing for people to find the same faith in the franchise that the first two movies built. Bringing back Karen Allen was a nice touch for the last movie, but the villains had become too generic, Mutt wasn’t the best addition, and the whole idea of the crystal skull was something that could have used a lot of work before finally being delivered to the audience. Some might want to disagree, but the fact is that the last Indiana Jones movie didn’t really leave a lot of fans with the same feeling they had with the first two movies, even if Temple of Doom was a bit silly in a few ways. The character is getting old and the franchise is starting to lose its place in time since eventually it will take on the feeling of a Tomb Raider movie, only Lara Croft will be replaced with an aging adventurer/professor that’s still trying to make the story work when the time has come and gone. Indiana Jones was a story best told in its own time, but hopefully the next movie will be worth the wait.