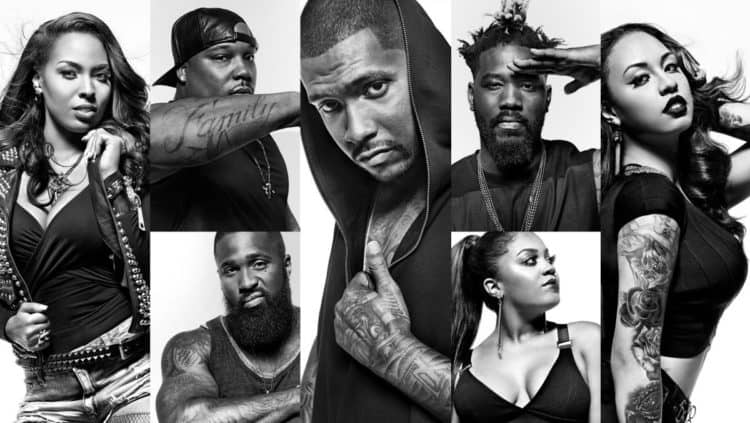 The reality television series “Black Ink Crew Chicago” just completed its fourth season in September of 2018. The most recent round started on May 30th. For those of you who haven’t been keeping up with who’s coming and going on the show, the main cast of 7 have been regulars with some recurring and guest visitors throughout the year. Here is the cast of the Black Ink Crew Chicago crew who gave us a sample of the ups and downs of running a tattoo shop in Chicago, Illinois.

The Cast of Season 4

Ryan Henry was under the microscope and it wasn’t much for him when the secret about his encounters with Kat was revealed to his girlfriend Rachel. This was one of the more dramatic moments for Ryan and it caused a lack of respect from his employees as well as the price of a good worker when he let Katrina go over the debacle. It made for a rather dramatic scene that would carry over into the rest of the episodes. Henry feels betrayed over the attitudes of the employees that he once considered being family and the dynamics are now different between them. The rest were surprised when Ryan cleared his booth out and trashed some of the others.

What the cast has been up to

The Black Ink Crew Chicago has had an interesting and eventful fourth season. It seems like there’s so much going on with each member of the cast that you don’t dare miss an episode. If you do, it’s a good idea to try and catch up on what you’ve missed. These folks don’t know the meaning of taking it easy on the job or in their personal lives. It leaves us wondering what is to come for the fifth season. Can the crew manage to hold it all together for one more season? We’ve seen evidence to suggest that it’s a volatile situation and it doesn’t take much of a spark to fan a wildfire of drama and excitement. Keep your ear to the ground for more news on your favorite crew members for the upcoming year.