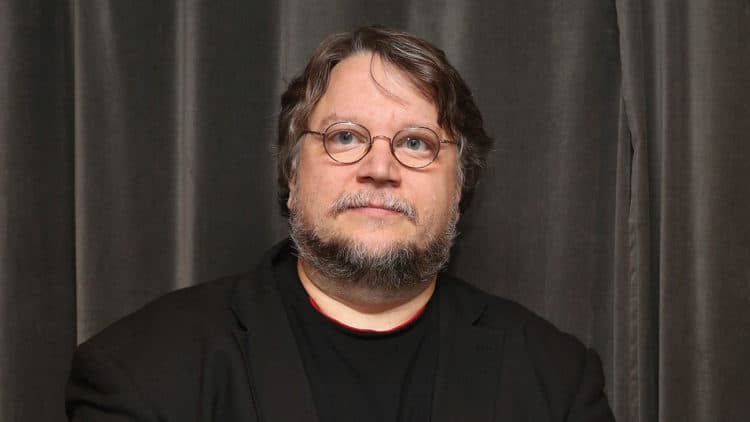 There’s quite a cast lineup for the next Guillermo Del Toro movie and thus far it’s including Bradley Cooper, Cate Blanchett, Toni Collette, Willem Dafoe, Richard Jenkins, Ron Perlman, Rooney Mara, and David Straitharn. The movie, titled Nightmare Alley, already sounds like a spine-tingling story that’s going to include a very skilled and talented group of people and will likely start filming eventually, with a possible release date by the end of the year if things go exceptionally well, but likely in 2021 as this sounds far more likely. With such an impressive list of talent it’s easy to think that Del Toro’s next movie might be something worthy of Oscar talk in 2022 but we’ll have to wait and see since just slamming a group of actors into place doesn’t exactly make a movie. One could say that Del Toro does know what he’s doing and they’d be right since he’s become a master of his craft and has been entertaining people for a while, but it’s also fair to say that there are times that he missteps just like anyone else. So far though this story sounds as though it could be gripping as the synopsis, per Kevin Burwick of MovieWeb, goes like this:

“In Nightmare Alley, and ambitious young carny (Bradley Cooper) with a talent for manipulating people with a few well-chosen words hooks up with a female psychiatrist (Cate Blanchett) who is even more dangerous than he is.”

So far it sounds more like a movie that will focus on the hustle and whatever scam the main characters can concoct, but the title and Guillermo’s reputation kind of indicate otherwise since a lot of his movies have taken the unusual and bizarre and turned them on their head so that people couldn’t predict what was coming. It’s likely that it could be a little tamer than all that but it’s also hard to equate ‘tame’ with Del Toro’s normal style which is at times kind of hard to figure out but is usually bound to create some sort of tale that is supernatural or at least very odd in nature. Plus, the use of the word ‘carny’ tends to invoke a lot of images and possibilities that could be used throughout the movie in an attempt to bring up feelings of unease, of that which people don’t understand, and of course a few twists and turns that people weren’t fully expecting as well.

At one time in history it used to be that adding in too much talent to a movie, no matter what it was, would be seen as a bad idea since it combined a great number of egos together and expected them to get along both on and off stage. These days though the issue almost feels as though it’s been resolved since despite the fact that it still happens and people do get upset with each other on set and don’t want to speak to each other, on camera they’re still professionals and are bound to do what needs to be done in order to the project finished so it’s then capable of showing to audiences in order to get their approval or their displeasure, whichever comes first. With Del Toro’s movies though a lot of people are expecting something great and are usually quite pleased with what comes out so Nightmare Alley could be another triumph or it could be another mark in his favor, either way sounds good since a lot of what he’s done so far has been considered fairly legendary in its own way. In a way what he’s done with his movies is what a lot of directors wish they could accomplish in as much time but might have an issue when it comes to getting the same kind of attention from the people. Somehow Del Toro is able to craft a story that’s able to grip the audience in a manner that won’t let them go until the credits start to roll, and most people approve.

At this point there aren’t a lot of details to the movie, at least not enough that we can go into any serious discussion, but with the reputation of the director and the idea that he’s rarely ever made a bad movie it’s enough to think that it will be worth the wait. And plus, with the cast he’s assembled and the fact that the people he’s working with on the movie, at least a good number of them, are people he’s worked with before, there’s already a lot of potential for this movie to be something that people will be talking about when the time comes around. There will likely be more to say about this movie eventually and even more rumors and gossip being tossed around as things move forward, but for now it’s impressive enough to see what kind of cast he’s pulled together.