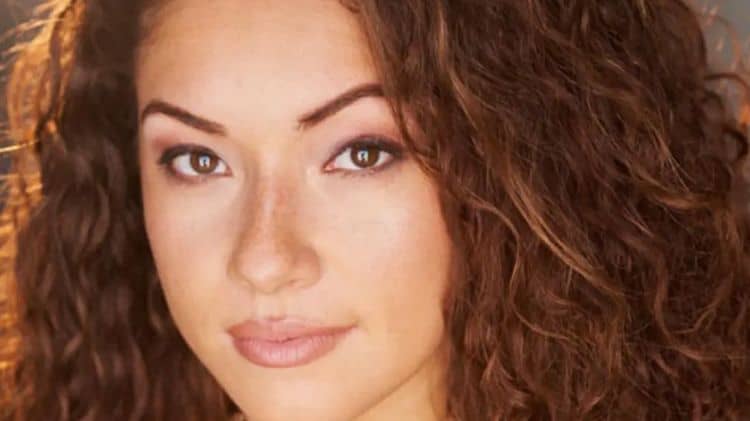 This beautiful and very talented singer, song writer, dancer, model, and actress, on and off stage, is Megan Elsyse Fulmer. She is originally from Morrisville, Pennsylvania, but now resides in New York City where she has a very active career in musical theater, as well as she is beginning to branch out to some television roles, for both Netflix and prime-time shows. Fulmer has had roles in some very popular musical productions, she’s worked with some big names in the industry, and has some pretty big projects coming up for this new year and decade. If you follow anything about musical theater, this young talent might be a familiar face to you, but keep reading to learn 10 things you didn’t know about Megan Elyse Fulmer.

Fulmer has loved dancing since she was two years of age, and it was this beginning, that ultimately led Fulmer to the budding career she has today. Although her love of the arts began with dancing, she soon found that she also loved singing, acting, and playing a musical instrument, which made it hard for her to decide on what to focus on as a major in college, and as a career. The only way to get a combination of it all, was to go for a Musical Theater degree, which she did.

2. She participated in musical theater all through high school

Fulmer was a constant in her high school drama class. She also sung in her school choir, but once high school was over, she wanted to take her talents and her love of the arts further, so off to audition for some college musical theater programs she went. Fulmer went to four auditions and wound up being accepted in Mont Claire State University.

3. She started her own blog

Fulmer wanted people to know what it’s like to live the life of a dancer, musical theater actress, and just a performer. She wanted to share with her readers, the experience of what it is like to live this life and be on the journey that many performers embark on, so she started her blog, In Our Shoes, and you can follow her to get more insight to her life and events, as well as tips for living a more positive and motivated life.

4. She had the experience of being dance captain

Dance captain is something many musical performers dream of. Fulmer got the opportunity to be dance captain in the musical, The Bodyguard, which Fulmer describes as being a lot of work, especially because she took over when the show was about 5 months into the tour, so she had a lot to learn in a short amount of time. She had to quickly learn all the men’s choreography and practice it in the day, and do her own dance tracks at night.

From stage to television, Fulmer landed her first television role on the popular Law & Order: SVU show, playing Ariana Lopez in, She Paints for Vengeance on the January 16 episode. Fulmer loved being a part of the show and spending time with Mariska Hargitay. She even posted a selfie of the two, together, on her social media.

6. Took a break from college to tour with a musical

During Fulmer’s endeavor to earn her B.F.A in Musical Theater, which she received from Montclair State University, Fulmer followed her instinct when it came to accepting the position of being the only female swing for Shrek: The Musical, during her Junior year of college. She traveled throughout the US and Canada with the musical tour and still completed her degree on time.

7. One of her most proud accomplishments

One of Fulmer’s most proud career credits, according to Rise Talent Tour, is the role she was given to dance for singer, YouTube sensation, and expert choreographer, Todrick Hall, in his musical. Fulmer was a part of the cast for, Behind the Curtain: Todrick Hall, a musical based on Hall’s life of growing up gay, in Texas, and trying to make it in show business. It’s a story of struggles and perseverance.

8. She plays the violin

Fulmer’s musical talent goes beyond singing and dancing; she also plays a musical instrument. For six years, Fulmer played the violin with her school’s music program, and following those years, she continued playing with the Bucks County Youth Orchestra. She considers herself to still be a beginner, but it is definitely one of her loves, and one of the many talents she possesses.

9. She believes in ‘positivity’ and tries to live by three positive rules

Beyond all the professional talents we know Fulmer possess, she also has a few, unconventional skills that still deserve some bragging rights, especially because they do require talent, and, you never know when they might come in handy. These talents, which you’ll find listed on her site, include, certified in Zumba, she’s a roller blader, bike rider, she is a tumbler, can hula hoop, she’s a puppeteer, and, she does a good impression of actress, Fran Drescher from, The Nanny.