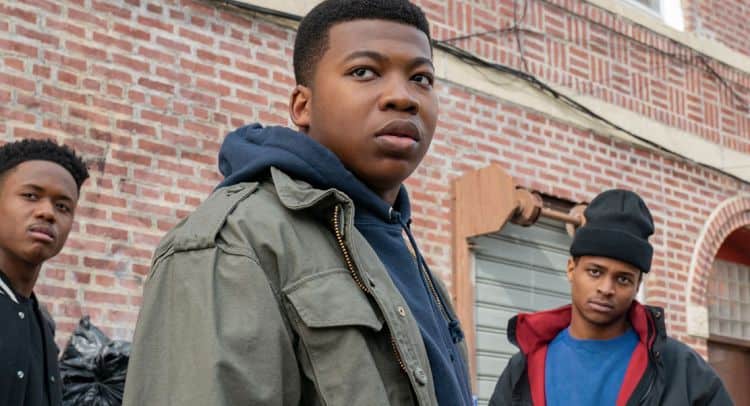 Lots of people who enter the entertainment industry as children have a difficult time transitioning to adult stars. For many, the struggle is rooted in the fact that it’s hard for them to be seen as adults after they’ve spent so many years being viewed as cute kids. Fortunate for Mekai Curtis, he will be getting the chance to show the world that he’s all grown up. He will be starring in an upcoming series called Power Book III: Raising Kanan which is a spin-off of Power. MeKai will be playing the title character originally played by 50 Cent. The show is set to be released on July 18, 2021, and fans couldn’t be any more excited. Keep reading for 10 things you didn’t know about MeKai Curtis.

1. He Is A New Jersey Native

MeKai was born and raised in New Jersey. He has nothing but love for his home state although he now lives in the Los Angeles area. In an article from Teenplicity, MeKai said, “I love fall in New Jersey because in the tree behind my house, it’s a huge tree and it just rains leaves. I love fall, I love the rain, that’s one thing I miss about Jersey that I don’t get in California is the rain.”

2. He Made His Debut In Arrested Development

MeKai has been in the entertainment industry for most of his life, and he got his start doing commericials. He was only about 13-years-old when he made his first TV appearance and it was just in any show. His first TV role was in the popular series Arrested Development.

MeKai is truly a young man of many talents. While acting is what has gotten him the most attention from the mainstream, he is also a very skilled musician. He has been playing the drums since he was about nine years old and he also plays the keyboard and makes beats. It’s unclear if he has plans to release any music.

4. He Hopes To Inspire Others

An actor’s first goal is always to entertain, but MeKai hopes to do much more than that with his time in the spotlight. As a Black man in the industry, he understands the importance of representation and he hopes that he can serve as an inspiration to both viewers and other up-and-coming actors.

The entertainment and fashion industries have always had a very close relationship, and it’s easy to see why. With all of the time actors spend in front of the camera, they always want to look and feel their best. MeKai’s interest in fashion extends beyond events and appearances, though. MeKai has a great sense of style and he loves being able to share his personality through the clothes he wears.

Even after spending so much of his life in the spotlight, MeKai doesn’t seem to have an interest in spending every waking moment in the spotlight. Instead, he appears to really enjoy his privacy and likes to keep the focus on his work. He hasn’t shared much information about his personal life.

8. He Likes Giving Back To The Community

Now that MeKai has built a large platform, he wants to use it to help other people. He is particularly passionate about childhood hunger and he has helped raise money and awareness for the cause. While talking to Teenplicity he shared that his ultimate goal is to “change the world”.

9. His Parents Have Always Supported His Dream

There are plenty of parents who would cringe if their child decided to pursue a career in the arts instead of a more traditional path. MeKai, however, is fortunate to have parents who have always supported his dreams and they continue to stay by his side throughout his journey.

MeKai may be an actor, just he’s also a fan just like the rest of us. He enjoys watching movies and shows during his free time. Even though MeKai was born in 2000, he is still a huge fan of the 1975 movie, Cooley High. He told Teenplicity that he “really, really” loves the movie and hopes to be work on projects that give viewers the same feeling.