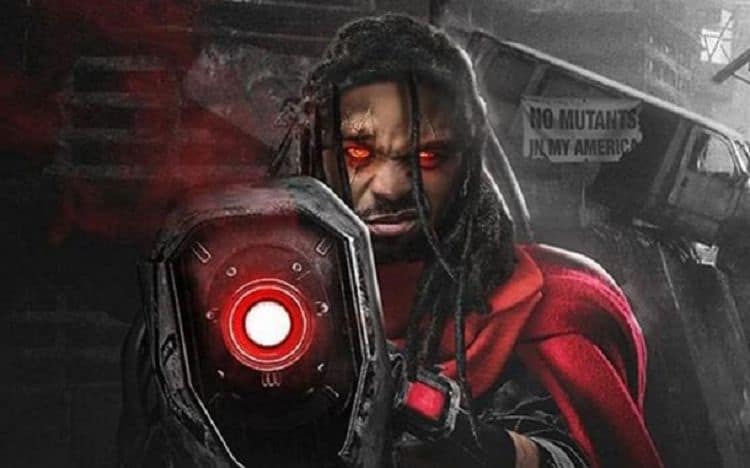 As one of the lesser-known but still very impressive mutants associated with the X-Men even if he hasn’t always been a part of their group, Bishop is likely one of the characters that fans would love to see enter the MCU when it comes time for the X-Men to make their debut. Seeing Method Man take up the part of the character would be great since from the pictures shown by Kevin Burwick of MovieWeb and many others he’s definitely into playing the role. The fact that Method Man has been involved with Marvel for years on one project or another is just icing on the cake since it shows that he has a deep love for the company and would enjoy the chance to delve even further into the role if he was allowed. If you remember, Omar Sy took on the role of the energy-absorbing mutant in X-Men: Days of Future Past, and was fairly impressive given that Bishop isn’t really known as well to casual fans since the likes of Wolverine, Magneto, Professor X, and Cyclops and a few others generally take up a lot of room in the movies. Bishop is the type of mutant known as an alpha and to be fair he might actually be more powerful than a lot of those on the roster due to his power and his skill set.

@bosslogic thanx for the look now if we can get @marvel and @marvelstudios on board.. er’body tag @marvel @marvelstudios and the boss @kevfeige #mefisbishop #xmen #bishop #lucasbishop

Raised in a future when mutants were hunted and many humans still hadn’t learned to live with his kind, Bishop eventually became a soldier and for more than one reason took to traveling to the past to sort out various issues that might affect his present and future. We haven’t seen a lot of this in live action since in X-Men: Days of Future Past, Bishop was an important character but only for a short period of time since he utilized time travel thanks to Kitty Pryde to avoid sentinel attacks as much as possible. The extent of Bishop’s power however was shown a couple of times when he was seen absorbing energy attacks that would otherwise kill anyone else. That’s the beauty of his power however, he can take any energy-based attack and absorb it to make himself stronger, faster, and even capable of traveling through time depending on how he uses it. This power can also help him heal quicker and he can release it in the same way it was delivered or change it up and find a different way to redistribute the energy. In the movie it could be seen that he used it to power the massive rifle he was carrying, but it was also seen that he had an upper limit in the movie as well when multiple sentinels were blasting away at him from different angles. In a live action movie it makes sense for people to have limits, even if Bishop is basically a walking receptacle that can take in various forms of energy and become a living weapon.

Omar Sy did a decent job as Bishop but for a larger role it does sound as though Method Man would be great to see in this part since not only does he have the right attitude, he actually wants to do it. Another plus however is that in the comics Bishop has those he gets along with and those he doesn’t, but when it comes down to it he and Cable aren’t friends or even friendly to each other. The two have had a long-running feud and have been at each other’s throats for a while for a couple of reasons, but if the filmmakers are up for it the idea of seeing a build-up to a mass mutant movie with various other heroes would be great. Thinking about something like a Dark Phoenix saga that involves the various X teams and other heroes along the way would be intense, don’t you think? And to make it even more interesting it could keep introducing new heroes and villains with each movie. Now that sounds worthwhile. Keeping Method Man in the mix though would be a treat to see since despite what we’ve seen of him on TV and in movies it does feel that he’s the right guy for the role considering that when he growls he’s definitely a little intimidating, and if he was in shape and in costume it does feel as though he’d be the right guy for the role. The only other guy I can think of at this time that might even be close would be Michael Jai White, and to be serious picking Method Man over him kind of feels natural.

Whether or not it actually happens is kind of up in the air as always, but it would be great to see Bishop up on the screen again.