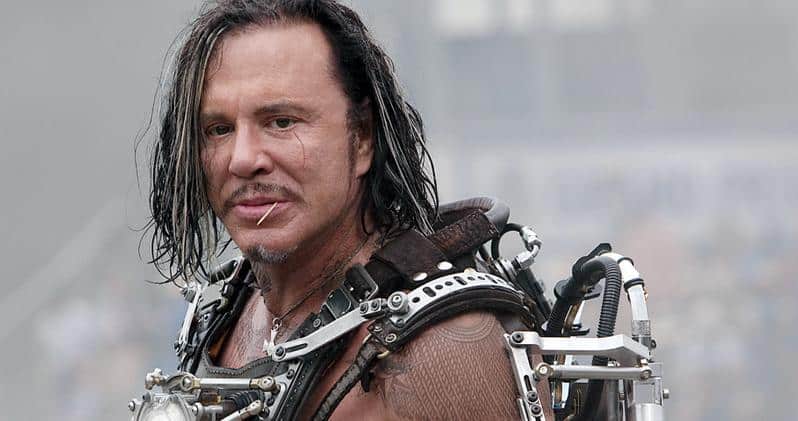 In order to be fair, some folks like to take the time to detail just what an actor has done once they start popping off at the mouth about something that’s a bit unwise to remark on, but there are plenty of people that are ready to roast Mickey Rourke simply for saying that Marvel movies are crap. The outrage that some might expect doesn’t really appear to be happening, but it could have something to do with the fact that not too long ago another famous name decided to malign the MCU, and that kind of went away after a while too. Remember when Martin Scorsese said that the MCU was like a theme park? People managed to get a good laugh out of that, especially when Francis Ford Coppola threw his hat into that particular ring. Now, if two well-respected directors could say such things about a billion-dollar idea, one might think that a guy who actually starred in one of the movies might have a chance to say something and have a much greater impact. The problem here is that Scorsese and Coppola are still well-respected and have been for a while. Rourke is, well, he’s had a rough career for a while, and apart from his time in The Wrestler and many of his earlier movies, he hasn’t really been considered to be that big of a deal. He’s still managed to get ‘oohs’ and ‘aaahs’ when he shows up since he’s a celebrity and a star of course. But his words when it comes to the MCU don’t really carry a lot of weight since he played a villain that was pretty underwhelming and didn’t really come off as anyone that important since the two times he showed up armed and ready to rumble, he was taken out after a brief fight with Iron Man and then Iron Man and War Machine. For all of Ivan Vanko’s genius and aggression, he was a thug.

Was it because he failed in his own role that Rourke is thinking that the movies are crap? It’s been seen more than once in history that those that can’t do something tend to think it’s the fault of someone else for their blunder. He did manage to blame the studio for cutting out a lot of his footage, but while there’s no quick way to verify that, it’s also likely that the ‘missing footage’ didn’t really manage to make Ivan look that much better since unless there were fight scenes in those missing scenes that were better than what was put in the release, it’s very possible that he drummed up an excuse as to why he was less than effective as a Marvel villain. A lot of times it’s very easy to take a step back and try to understand the actor and empathize with them a bit, but Rourke has been a mess for a while, and apart from a few short but decent roles over the years, he hasn’t really done much that’s worthy of note. Seriously, one of his better acts was in Sin City, and it’s been a while since then. He might be a genuine tough guy, but he hasn’t been a decent actor in a while apart from a couple of roles here and there. The guy isn’t the worst actor to ever step in front of the camera, since his earlier roles prove that much. But somewhere along the line, he became one of the lost, those that were popular once but have never really regained that ‘it’ factor that manages to elevate certain actors in a profound way. Besides, he could have said no to being in the MCU, but apparently, the money was right. Too many actors that have reservations about a role end up doing it and then talking a lot of noise about why it didn’t come off the way it should have. Maligning the entire MCU was a little foolish on Rourke’s part.

To be realistic, those that are connected to the MCU don’t really appear to care, since whether Rourke likes it or not, the MCU has been pulling money far quicker with each movie and episode than he’s managed to do in a long, long time. His reputation for being kind of a troublesome character has been following him around for a while now, and without going into any real depth with it he hasn’t exactly been a model citizen. One can say that he’s not always a problem to those around him, but there are those times when actors need to be reeled in by their own good sense or by those that know how to speak to them. It’s safe to say that Rourke doesn’t want a fight with the MCU, even if he’s not asking for one directly.