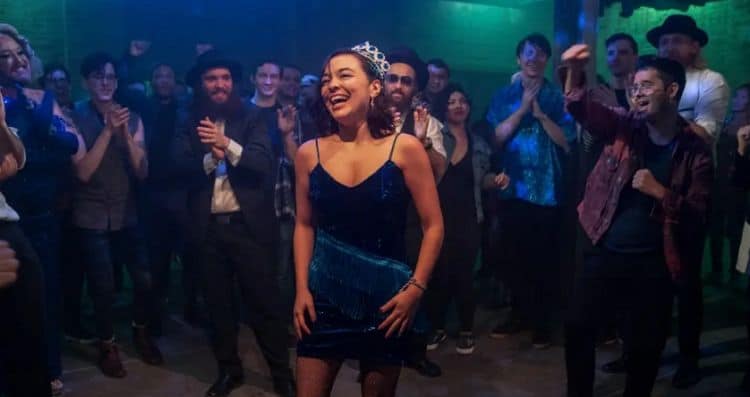 Midori Francis is a young woman making a huge mark on the world right now. She’s doing everything she can to further her own career, to make sure she’s taking things one step at a time, and that she’s conquering everything in her path. The young actress has been given the chance to star in a new Netflix series called “Dash & Lily,” and she’s going to be a household name in no time at all. What she’s got to offer is a big talent, and the world is about to collectively fall in love with her. If you aren’t sure who she is at the moment, now is the time to learn as much about her as possible.

She looks young, and it’s because she is young. We aren’t saying she doesn’t have amazing genes and will probably look young even when she’s not, but we are saying she’s just young. She was born on April 16, 1994. She’s only 26 as of 2020, and we have a feeling her birthday didn’t go as planned what with the global pandemic just beginning at the time of her birthday.

The name Midori Francis is lovely, but it’s not her birth name. In fact, she was born Midori Iwama. So, we retract that statement. Her name is Midori and it’s not a stage name, but she doesn’t use her last name in her professional work. Many people do not, and it’s just a personal decision.

Everyone loves a born and raised Jersey girl, and she’s got the ability to say she’s both. She was born in Rumson, and she spent much of her life there. However, she’s currently a woman who has spent some time in many different locations learning, working, and trying her hand at becoming a famous actress with her own Netflix show. Oh, it’s working.

She’s smart enough to get into a school as difficult as Rutgers University. She’s also smart enough to earn her MFA, which is nothing to laugh about. She’s worked hard, she’s got natural talent and intelligence, and she’s taking her game as far as she can. Learning about her job as she does it is one of the most intelligent things she can do.

She may be quite young, but this does not mean that she is not someone who has had some cool life experiences. Aside from her job as an actress doing cool work like that, she also did some training in London. That’s a situation in which she had to live in the country for some time, and she did so alongside other young men and women also looking to improve their skills. What is really remarkable about this, however, is that her training was done with Tim Carroll.

She is not the kind of woman who takes a role and does what she needs to do to get through the day. She takes on the role, she kills it, and she makes it her own. She spent a great deal of time making sure that her own Japanese heritage is fully discussed on her new Netflix series, that the customs she grew up with are recognized on the show, and that people know what’s real and what is just for fun. She’s influenced her character well.

She doesn’t even have to say it. It is something that simply comes across in her behavior and in her eyes and her smile. She’s a young woman who is clearly happy in her life, grateful for the opportunities she’s created and been given, and she’s not forgotten how much hard work and dedication it takes to get where she is.

She might not be a household name – yet – but she’s not someone who cares if the world knows what she’s up to every single moment of the day. She finds herself in a situation where she’s happy, but where she is also in a place of privacy. She shares, but she doesn’t overshare. She’s not putting her everyday life in our faces every moment of every day, and that’s a lovely thing.

It’s not natural not to love Christmas, in our opinion, so we are glad to hear she’s on our side of this feeling. She knew when she read the script for this character on Netflix that she had to do it because she loves the holiday so much. No one in her life was surprised.

Right now on Instagram, she has more than 24k followers, and we have a feeling that she will have many more than that. She’s got a lot going on right now, and we have a feeling her contagious and amazing personality with begin to shine right through as soon as her new show premieres. What does this mean? This means people will be following left and right trying to be part of her life.