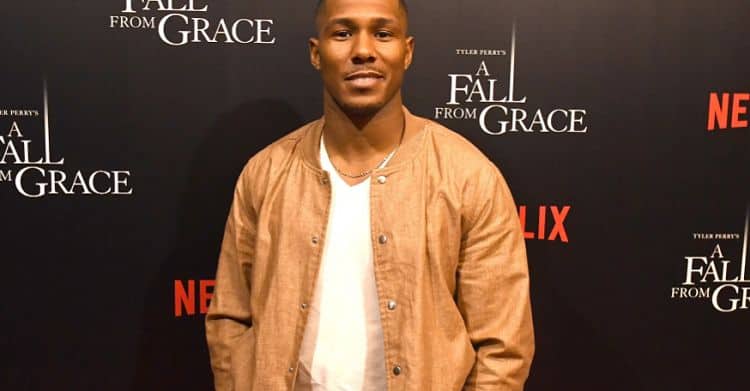 Mike Merrill is a man who has a recognizable face thanks in part to his roles in projects like “All American,” and “Side Chick,” that garnered so much attention. He might not be a household name yet, but he’s working on making sure his career is one that’s memorable enough he can make that happen. He’s not been in the business long, but that certainly doesn’t mean that he’s not doing all he can to make sure that his career is one that goes down in history as some of the best work in Hollywood.

He’s a born and raised Michigan guy. He spent his youth in Detroit, going to school, learning all the things that might seem boring and unimportant to a kid but actually do help you get through life. Not much is known about his family, however, but we know that he was an active child.

It was around this time that he realized his love of acting was something he wanted to take seriously. He fell in love with the idea of theater and spent some time there. While he was not going to spend his entire career working in theater, he did have to find a way to transition his work into something else. That’s when he decided to go into the world of television and the movies.

Once he realized that acting was absolutely in his future, he did the only logical thing he could think to do. He took off and went to Atlanta. He had to move to make a mark in the acting world, and he felt that the opportunities he was looking for at the time were located right there. He obviously wasn’t wrong about that, either.

He’s not just good in front of the camera. When he’s not starring in a movie or a television role, he’s learning all he can behind the lens working as a producer. It’s his goal in life to know all there is to know, and to be able to make sure his knowledge of this side of the industry helps him as an actor.

When he’s not busy working, he’s definitely taking care of himself from the inside out. He’s all about a healthy lifestyle in every capacity, from his diet to his exercise, and he often shares his workouts and his lifestyle with his followers on social media. It’s a good way to use such a public platform, in our opinion.

Since 2015, he’s been modeling. There was a fashion show going on, and he decided he’d go to the open casting call. That’s when he was ‘discovered,’ and had the opportunity to go through the modeling world and learn a bit more about that. That’s what took him into theater.

7. He’s Wanted to Act Since Childhood

He might not have been in the game until 2015, but he’s known since childhood he’d ben actor. The thing is that he was always so into watching a long-ago favorite, The Fresh Prince of Bel-Air, and that’s what made him want to be an actor. We get it. It was the best show on television.

This is something we find so fascinating. He’s not always been into acting classes. Before he began using acting classes and learning one-on-one through his educators and peers, he was using the internet to learn how to practice new techniques and perfect his skills as an actor. We have to say that we love this and find it absolutely fascinating. We didn’t even know you could do this, if we are being honest.

While he is someone who is happy to talk about his work and his life, he’s not talking about it too much. He really keeps to himself, and he is good about keeping his private life private. He’s not wasting any time with sharing what he doesn’t feel needs to be shared with anyone else.