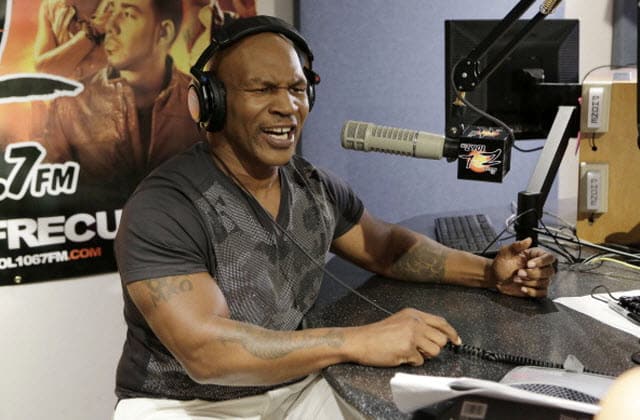 Game of Thrones is one of those shows that everyone loves, right? While it might be easy to assume that, I was at a wedding a week ago and made a Red Wedding joke and no one knew what I was talking about. So apprently, not everyone loves it. Have you ever found yourself wondering what Mike Tyson thinks about the show? If you are normal, probably not. But guess what? We are not normal, so we are going to tell you (show you) anyway. It is Mike Tyson, so you know it’s gonna be a little insane.

You guys know I would LOVE to just show you the clip, but sadly, this is Mike Tyson. So what that means is, he says some colorful stuff at the start of the video about, well, you’ll see. After that first moment, though, Jimmy Kimmel asks Iron Mike what he think about Game of Thrones. Seems Tyson and his wife love the show, but they didn’t like “the ending”.

Yeah, check it out for yourself. He is like a rhino with the IQ of a, well, rhino.

Poor guy has no idea that it was the ending of the season and not the whole show? How do you not know you are only in the middle of the series? This proves that his wife must function on the same IQ level as Tyson, because he says “they” hated the ending because “nothing happened” and no one won.

Oh Mike, you should be cast on the show now. That would be so hilarious.