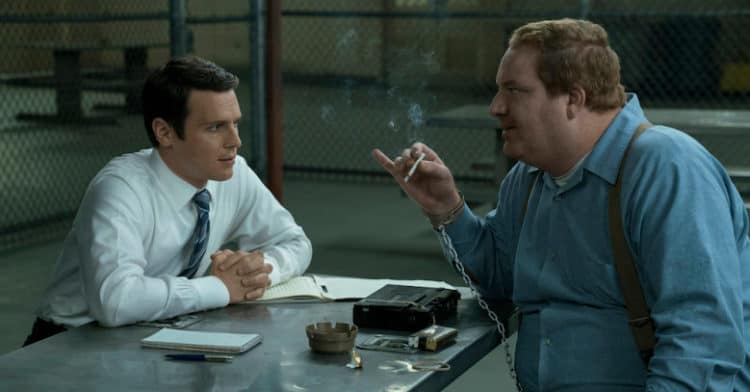 The whole idea of the cost being too high to keep a show going is something that you don’t tend to hear about that often, but in 2020 a lot of things have happened that people didn’t think were possible up until now. Mindhunter has been shut down for a while though and while some folks are holding out a small bit of hope that it might come back, there’s nothing to say that season 3 will be guaranteed since the cost is just too much at this time. When a studio can’t bring in the actors because of the pandemic it becomes a bit of an issue since without the ability to film then they’re not making money, and if they’re not making money then they’re not able to pay their people and so on and so forth until we get to the simple line, “It’s just too expensive.”. No, no there’s no sarcasm there, it’s a simple regret that things would come to this even though the actors and those working on the set will likely be okay since there are plenty of other projects to think about and plenty of other places that will hire people that skilled in various ways, hopefully. At this point, feeling sorry for those that can’t work on the show is a little pointless since they’ve already proven that they have the skills to be a valuable part of show business, now it’s a matter of showing that to others that might want to make use of their services.

As far as the show goes, it’s regrettable, but things do happen and it’s not the worst reason that a show has ever been dropped since people have been enjoying Mindhunter since it was first brought in and the absolute creepy but compelling nature of it has managed to land quite a few viewers. But when it comes time to cut something because the show can’t go on for some reason then it’s a hard decision up until those that are in charge see what the price tag looks like, and then it becomes easier to cut loose the weight that they don’t need at that moment. That’s kind of a crude way to say it, but in show business, there’s not always a lot of room for niceties and in a situation such as this, when Netflix is likely trying to do everything they can to save their image and keep their subscribers, it’s absolutely necessary to put things into perspective and stop walking on eggshells.

Netflix is having its own issues at the moment when dealing with the backlash from another project, Cuties, that has subscribers threatening to cancel in large numbers if the movie isn’t taken off. It might be that the huge number of people canceling their subscriptions still isn’t a big deal, but it’s one more headache that Netflix doesn’t need since the pandemic has hurt just about every aspect of the entertainment industry possible, including streaming networks that rely on being able to film their own material and keep people interested in their content. Coupled with the backlash from Cuties, the issue with Mindhunter and a few other projects not being able to film and falling behind schedule is likely something to worry about at this time. It’s a little more difficult to understand why Netflix isn’t sweating all of this as much as anyone else would be, but until one really knows what’s going on and why and how the network plans to fix it, then things are bound to appear a little crazier than they might actually be. In short, Netflix has been dealing with a number of issues lately that aren’t all connected but when put together in a giant lump of trouble don’t really appear to be doing the site any favors. While the streaming network has put forth several different offerings that people are still eager to watch, one has to wonder just what the exodus of subscribers could possibly do and how losing a show such as Mindhunter will do in the long run.

Some might think that it’s not going to be a big deal and they might have a point since the loss of one show isn’t such a huge deal unless it’s a massive moneymaker for the network. But if more shows are lost because people can’t work this gets a lot of people to thinking that any show could be on the chopping block in the days to come. It’s easy to become paranoid in times such as these since people have to wonder if their program is essential enough to the network to keep, or if they can be given the ax without a second thought. Unfortunately, the problem with Mindhunter is that it’s been sitting around waiting to start on another season, and without any promise of being able to go back to work it’s just not worth the continued expense.