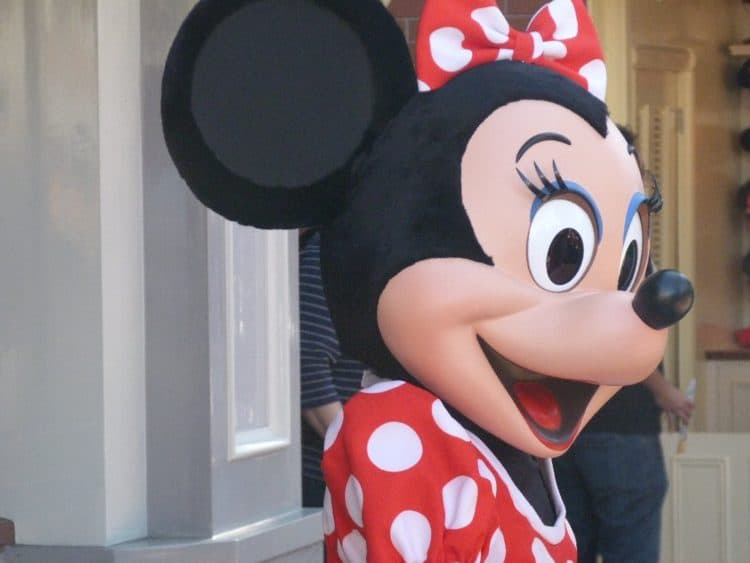 Don’t mess with Minnie man, just don’t do it. A Las Vegas security guard found that out the hard way as Kevin Burwick of MovieWeb and millions of people have already seen thanks to the video that put the fight out across the internet with little explanation. All that can really be seen is that a security guard is picking a fight, or perhaps telling the trio of Minnie, Mickey, and Goofy to move along. As Kevin Burwick points out it’s not uncommon to see cosplay lovers along the Strip in Sin City, either to make a little money by taking pictures with people or just to have a good time and heighten the experience for many by dressing up as their favorite characters. Obviously this isn’t something that was Disney-approved since there was no fanfare around it and there’s been no announcement of a Disney-themed event in Las Vegas recently, at least none that’s made any headlines. But the downside of cosplayers strutting their stuff on the Strip is that they’re not always there legally and it is possible that they could be seen as soliciting, which is a big no-no when it comes to casino grounds. In fact that sounds more accurate when going into description of just why the security guard was approaching Minnie in the first place.

Fam, what Disney Experience is this? Minnie is part of the WWE now? 😳 pic.twitter.com/1nrt8zyEFB

For the most part it looks as though Goofy wanted no part of the matter as he keeps well back and doesn’t even appear to be willing to step in. Mickey however did attempt to break things up and earned a stray punch in the face for his efforts. Minnie actually succeeded taking the guard to the ground as she continued to hammer on the woman for a short time before letting her up. As crazy as it can get in Las Vegas this is still something that has definitely raised the bar just a bit since when was the last time you really saw a Disney character getting down and laying into another person? There was the family beatdown in Disneyland a while back that took forever to get under control on account of security taking a seriously long time to get there. In this case security was already there and she was getting the brakes beat off of her without anyone to come and offer any assistance save the ineffectual Mickey Mouse-clad friend of the woman that was delivering the beating. Don’t security guards usually carry something that can help them out in a situation such as this? Pepper spray maybe, or a flashlight at least that she could use in some manner? One thing was certain, Minnie wasn’t playing around.

What’s even more amusing than the video itself is that some people have actually come to believe that this was happening in Disneyland. It’s a common misconception since Mickey, Minnie, and Goofy aren’t found in a lot of locations around the world unless it’s a special occasion, but the title of most articles covering this have firmly stated that it happened in Las Vegas. One thing is clear though, if any actor in a Disney suit pulled this kind of stunt they’d likely be fired on the spot and possibly even prosecuted for assault. It does sound as though the trio, who walked off after this, haven’t been caught yet and as a result it’s not likely that the security guard is going to see much justice for the beating she received. Thankfully she did manage to get up, but it’s hard to say whether or not she received a reprimand for this since Minnie was the aggressor in a very obvious manner, but at the same time the guard could have possibly handled things a little differently in an attempt to take the situation down a few notches. It’s not even known what was said between the two women, but as one of the spectators did comment that Minnie was going to get the woman it’s easy to assume that the woman playing Minnie was told something by the guard that she didn’t agree with.

This isn’t exactly the type of behavior that a lot of people would expect from Minnie Mouse but obviously when this woman heard something she didn’t like she wasn’t about to back down and take it. Thankfully the fight didn’t last too long and the trio went on their way, but it’s undoubtedly a memory that’s going to stick with those that were in attendance for some time since watching anyone dressed up as a children’s icon brawling in the street is going to leave an impression and even force Disney to stand up and say that they had nothing to do with it and didn’t endorse such a thing. Anything can happen in Vegas, and there’s usually a good reason it stays there.