Home
Entertainment
Why a “Miss Congeniality” Broadway Show is Inevitable 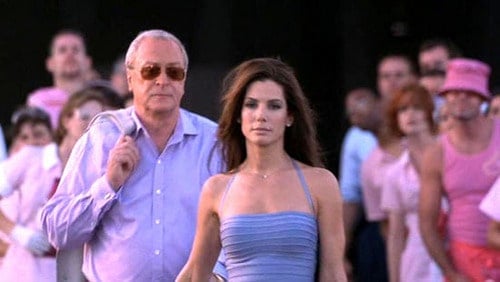 Not only is it inevitable- if fans had their way, it would be more than welcomed. Miss Congeniality is one of those films which people just love. Plenty of other popular films have gone on to become astounding musicals. Just look at Big Fish, Kinky Boots, and The Producers. These films are part of a long list of well-loved favorites which have also shared their own measures of injurious criticism only to become successful Broadway shows.

It doesn’t take much to elicit positive reactions from Miss Congeniality fans when discussing its possible film to musical adaptation. When asked to consider it, they tend to agree on several key points. Always first, is the fact that it’s a darn good movie and they really enjoyed it when they saw it. Next, they mention how much fun the story line is- and tend to recite the key points of the story as if they had just seen it yesterday. Sandra Bullock’s portrayal of the beauty contestant is captivating. She is strong, smart, and teaches the competitors to live life differently- so say fans.

For those who live and breathe Broadway- well- they’ve already offered up casting suggestions. Some have suggested that beauty pageant winners or previous contestants take on the roles of Miss Rhode Island, Miss Texas, and Miss California. Top candidates for those have been Katie Finneran, Kate Shindle, and Brandi Burkhardt — along with Montego Glover and Vanessa Williams…just for fun. The lead role suggestions are more eclectic, with Stephanie J. Block, Anneliese van der Pol, Idina Menzel, and Laura Benanti offered up as perfect for Gracie. Plans for Alan Menken, David Yazbeck, Marc Shaiman and Scott Wittman as composers have been proposed. Requests for Jerry Mitchell as choreographer and Jack OBrian as director have been made, too.

For others, comparisons to musical adaptations of non-musical movies have been mentioned. Consider Summer of 42, High Fidelity, Catch Me if You Can, Heathers, and Legally Blonde. It’s the stories which have translated well, and it’s been great for fans of these to see them on stage in a completely new light.

With Miss Congeniality, the great jokes and likeable characters completely lend themselves to stage adaptation. The film already includes some songs and the performances in the beauty pageant would easily transfer. Interesting enough, is that some critics view the idea of easily transferring existing songs from film to stage is not original enough. For these critics, thinking about Miss Congeniality as a musical show brings on concern that theater doesn’t (or shouldn’t) borrow from film. They’re worried that musicals based on movies are a blatant attempt to mainstream theater. They’re annoyed with the idea that “dumbing down theater” is what results while trying reach the average non-theater person.

With comparisons to the huge smash Legally Blonde primarily fueling online fan forum discussions, Miss Congeniality already has some great Broadway shows to live up to. But, it also has its own successes. A box office smash when it was released in December 2000, it took in $212 million dollars world-wide. It spawned two sequels and two Golden Globe nominations. Though it has had mixed reviews, its commercial success points to the undeniable fact that it has a broad fan base which enjoyed its type of comedy. Since speculation about a Broadway adaptation of Miss Congeniality has been circulating on Broadway fan forums since the film first came out, it’s likely that it may get own stage run in the future. The conversation wouldn’t have existed if the interest hadn’t been there from the beginning.