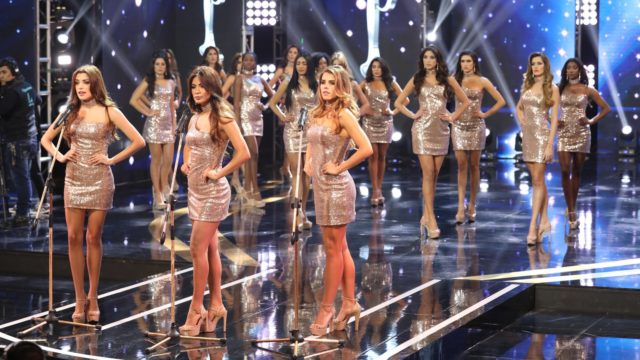 When was the last time you heard about the country of Peru causing an international social media stir?

Well, it actually happened this past Sunday with contestants of the Miss Peru pageant sharing some interesting statistics other than their measurements. Their “relevant” data included the number of Peruvian girls abused in their schools, the number of women who are harassed on the street during normal activity, and the number of girls who are sexually abused in the country each year. Not exactly the kind of numbers the audience of a beauty pageant tuned in to hear.

After a woman who was taking a national poll was raped, social media caught on to the story and created the hashtag #PeruPaÃ­sDeVioladores – Peru, country of rapists. That created a significant problem both for the pageant and the international reputation of the country.

Luciana Olivares of Frecuencia Latina, the TV network that broadcast the competition, said, “We decided that we had the opportunity to turn the pageant around and use it as a platform to mobilize, raise awareness and speak up. We knew the whole country would be watching.”

There are several questions that arise from this public accounting of crime statistics from what is essentially an entertainment platform. One is did anyone who planned the broadcast stop to consider the impact it would have on the country’s image? The focus here is on finding a better way to reveal the country’s dirty laundry rather than a surprise ending from each contestant. The United States Overseas Security Advisory Council (OSAC) report on Peru states, “Peru has one of the highest reported crime rates in Latin America. Armed robberies, assaults, express kidnappings, carjackings, burglaries, and petty theft are a common fact of life in Peru.” So Peru has had its share of high crime in virtually every category, and its reputation is already damaged.

Prime Minister Mercedes Araoz’s comment that “Peru is more than that” may be true, but it misses the mark. Based on the OSAC report, any damage done to the country’s reputation was minimal.

Another question that comes to mind is whether the hashtag was over the top. Again, based on the OSAC report, it is only part of the story. Virtually every type of major crime is being committed on a regular basis. It is not a country of rapists but of most every type of criminal that can be found. Social media tends to over exaggerate topics, but in this case it actually understated the problem. Abuse and assault of women is a very real problem, but so is being robbed or having your significant other or child kidnapped.

Regina Limo, a feminist columnist at a Peruvian website utero.pe says that while the intent was good, the delivery was not. She believes the conversation must focus more than just on the statistics. The matter must be made personal to every abuse and assault victim, pointing the finger at the abuser instead of being hidden in numbers that reach the thousands.

It seems everyone is in agreement that something must be done to rein in the assaults against women, but the country is beleaguered with crime from border to border. According to one source, the newly elected government is aware that the country needs a minimum of 25,000 additional police offers to even begin to deal with the problem. Peru has an unemployment rate of 6.2 percent, so rampant unemployment does not appear to be an underlying cause. Inflation is at just above 2 percent.

The actions of the Peru beauty pageant may have shed light on the real problem — a government that is incapable of taking the necessary steps to make women, and their country safe.