Home
Sports
This is the MLB Tailgating Move of the Season: Don’t Try this at Home 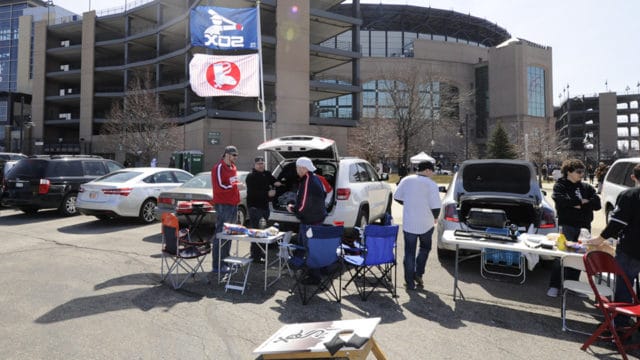 Whether it’s football, baseball, basketball, soccer, hockey, or any kind of musical or cultural event, tailgating has become one of America’s favorite pastimes.Â Â  To get psyched for our events we show up early, put some food on the grill, listen to great tunes, and drink the occasional alcoholic beverage.Â  It’s that last one that pretty much determines ones actions at said tailgate event.Â Â  This weekend, some South Side White Sox fans proved that when you think of tailgating prowess you should be thinking of the White Sox.

Clearly the guys in this video couldn’t care less about what’s going on with the White Sox or anything else in the world.Â Â  Glad that’s the case because if it weren’t for their bumbling, care free and completely reckless ways we wouldn’t have this epic video to share.

To all you tailgaters out there, the bar has just been set on the most insane thing you can do at a tailgate.Â  As of this moment White Sox nation holds the crown and it’s not even close.Â  Like I said, do NOT try this at home.