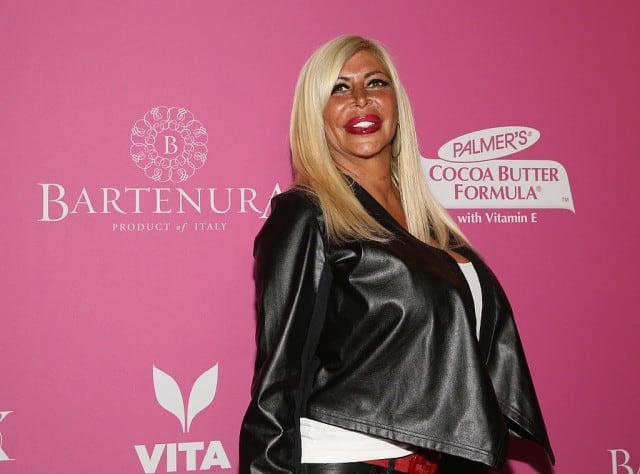 It’s a sad day for the family of Big Ang of Mob Wives. At the age of 55, she lost her battle with cancer and passed away. She passed away Thursday, February 18, 2016 at 3:01 am in a New York City hospital. Fans have been watching as she documented her struggle with cancer on her hit reality television show on VH1, and knew it was only a matter of time before her illness became too much for her body to handle. Big Ang survived cancer once, and she was recently diagnosed with it a second time. This time around, however, her cancer was not discovered until it was at a Stage 4 and had spread to her lungs and to her brain.

Her family is, understandably, in mourning at the moment and asks that they are given the privacy and respect needed to deal with the loss of their mother, grandmother, and friend. Big Ang’s friend, Vinnie Medungo, took to her Twitter account this morning to address her fans and let them know of the reality star’s passing.

“It is with sad regret that at 3:01 a.m., Angela Raiola peacefully ended her battle with cancer, and was called home. She was surrounded by nothing but love from her immediate family, and closest friends. YOU, (Her fans) were some of the most special people in the world, and she loved you immensely. Thank you for your love, prayers, and unconditional support of Angela right to the very end. She truly went out richer than any monetary value could ever amount to. The family asks for privacy, and peace during this most difficult time. In typical Big Ang fashion, we know she would say ‘Love you my babies!’ This page will remain open as a celebration of who she was and will always be. It has been my esteemed privilege and honor to represent her in the highest regard via social media. Vinnie Medugno.”

Fans have been reacting all day long to the loss of one of their favorite reality stars, and the news is still shocking despite the fact that the world knew this was a moment that would come sooner rather than later. We wish her family peace in this sad time in their lives.