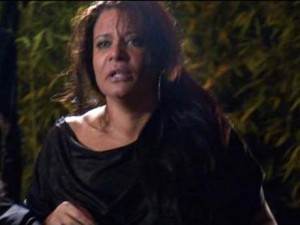 When last we left the cast of VH1’s summer hit Mob Wives, everybody looked to be on the up and up, all things considered. After finding out about her husband Lee’s infidelity, Drita decided that the best thing for her and her two children would be to file for divorce. Karen seemed to have figured out her family situation, as both her boyfriend and daughter were supposed to be moving to New York following the completion of her first book. Renee had been in a constant push-pull with her ex-husband Junior, but by the end of season one, she realized that she needed to put herself first for once. Carla got her ex-husband back on his feet following his release from jail after a 6 year sentence for a white collar crime, including finally telling her children where daddy had been all this time. For a reality show known for its raucous fights and tough cast members, things seemed like they were going to be okay.

So where are the Mob Wives now?

In the just-released Mob Wives supertrailer, things don’t seem to be that okay anymore, which makes you feel bad for each of the four (original) ladies but should make for excellent reality TV.

Last season, we saw Renee go in for consultation for potential plastic surgery, ultimately opting to go for a minor procedure over anything too drastic. In season two, however, it looks like she’ll be heading under the knife to poor results; not appearance-wise, mind you, but in terms of health, as she gets rushed to the hospital with complications. Renee also seems to be falling back into the Junior trap of last season, as well as finding herself stuck in the middle of the new 5 person cast and having to deal with another family member taken away by the feds.

Unfortunately, there are no signs of Renee’s therapist from season one, because if anybody needs an impartial third party to help guide them right now, it’s Renee. Here’s hoping she can stay relatively steady in season two.

Karen and her boyfriend aren’t living together this season if the supertrailer is any indication, which goes against what she mentioned at the season one reunion. With a looming book tour on the horizon, Karen’s stress levels are amped up on this season of Mob Wives, as you can tell from her omnipresence in the screaming matches from the trailer. Now that she has a new ally in childhood friend Ramona, an ally that hates Drita and Carla pretty feverishly, look for the already outspoken author to bring even more gusto to her interactions with the other three ladies.

Speaking of Drita and Carla, the two are each dealing with their issues with their former loves, with Drita harboring a mixture of anger and hurt toward Lee’s betrayal and Carla unsure how to deal with Joe now that he’s out of the halfway house he went into last season. Drita gets into what looks to be the biggest physical altercation on this season of Mob Wives, pulling hair and trading punches with Ramona (I think?), likely over residual bad feelings over the way season one ended. Maybe those boxing lessons she’s taking in the trailer can come in handy. Carla’s got her own stuff to worry about, too; she and Renee, who have never been that friendly, were on poor terms at the end of last season and that anger has returned in at least one argument following Renee’s surgery.

Mob Wives completed its first season on a high note, but it seems like each woman is only just beginning her journey to happiness, self-discovery, and peace.

How do you think the supertrailer looks? Do you think Ramona can bring a lot to Mob Wives? Which reality structure do you prefer: the “Inner Circle” of Basketball Wives or the evenly matched Mob Wives?