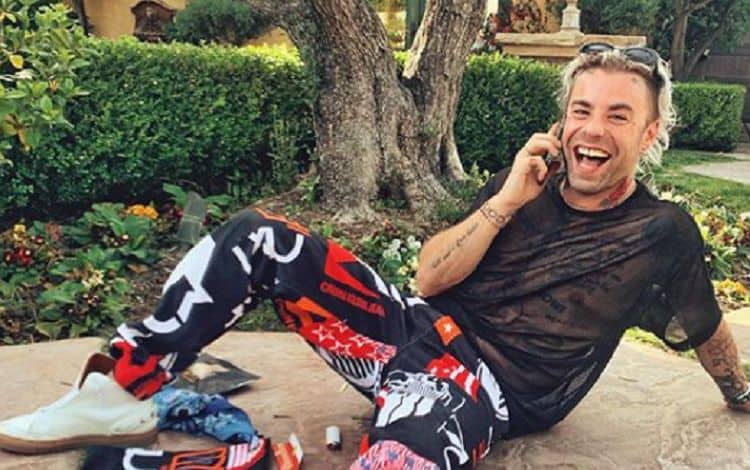 Mod Sun is an American rapper with an unusual stage name that is an acronym for a sentiment. The letters in his name stand for Moement on Dreams, Stand under None.” He’s led an interesting life and at the age of just 32, he’s already accomplished a great deal in his professional life. He’s been a hot topic in the gossip column with a variety of assumptions made about his stormy relationship with Bella Thorne, so we wanted to learn more about him. Here are 10 things we discovered that you probably didn’t know.

1. Mod Sun has a huge line of branded merchandise

If you check out Mod Sun’s website you’ll find a great variety of branded merchandise bearing the Mod Sun label. The site offers everything from Bic lighters to books, tie dyed hoodies, Tee shirts, trucker hats, to messenger bags. There is even a Mod Sun Hippie Butler available that provides everything that members of the smoke culture could want in terms of paraphernalia and accessories. Sorry, you’ll have to provide the Mary Jane on your own.

2. He’s a native of Minnesota

Mod Sun was born with the name Derek Smith. His birth date is March 10, 1987. He was born in Bloomington, Minnesota. He did, however have an affiliation with California as his father lived in Long Beach and he would visit him there.

3. His early life was non-traditional

There are those who would say that young Derek didn’t have an easy childhood. He was the child of a single mom as his parents divorced when he was young, and moved to California. Derek and his mother moved around a lot because his mom had to relocate for her work, when he was between the ages of five through ten, but he didn’t see it as being a hard life at all and he’s very open about the fact that he has no complaints about his upbringing.

5. He was a faithful boyfriend

We also learned that Mod Sun has some really decent values. He shared that while he was involved in his relationship with Bella Thorne, he was faithful to her. He further stated that he didn’t even look at another girl for the two years that they were together. He stated “I got no reason to look at another girl for two years. I’m not even kidding.”

6. He was homeless prior to fame

Mod Sun wasn’t born into a family with a lot of money. Things weren’t always as easy for him as they are today and the glamorous life that he currently leads is much different than life was when he first embarked on his current career. Derek Smith was actually homeless for the first few years that he lived in Los Angeles. He spent a lot of time at Long Beach’s sandy beaches where he connected with a variety of different people and learned a lot about people as well as about himself. He learned how to forge connections with people during this time in his life.

The breakup between Mod Sun and his ex girlfriend Bella Thorne was more than messy. He had trust issues with her and said that he told her they should “swap their stuff” but she chose to come into the home after the breakup through the back door. When he discovered this, he called the cops on her because he questioned her trustworthiness. Things got ugly after this and she called him an unflattering name over social media that questioned his masculinity.

9. “Psycho Smile” is the title of his movie

We were impressed with Mod Sun’s movie “Psycho Smile.” There was a lot of dancing and creativity and it gives us a glimpse into his amazing treasure trove of talents. It’s not easy to dance in the sand of a beach. Mod Smile directed the short musical and we highly recommend this artistic short film.

With all of the success that Mod Sun has experienced in his career, it really didn’t come as any surprise to learn that his estimated net worth as of 2019 is $2 million. Derek Smith is a post hardcore, emo hip hop artist who has been involved in the music industry professionally since 2004. His video “Shoot Em Down” received over 3.9 million Youtube views and he’s had multiple hit singles as well as his album releases. In addition to this, he also receives income from the books, poetry and journals that he’s written. When you check out his website you’ll also see that there are tons of branded merchandise items for sale. He’s a talented musician, writer and entrepreneur who has managed to become a multi-millionaire in a short period of time but wealth does not seem to have changed his values.