After a brief hiatus last week, Modern Family is back tonight and making up for lost time with an entire hour of new episodes.

On tonight’s first episode of the evening, Phil and Claire take Haley to be dropped off at college and in true Dunphy form, manage to be a bit of an embarrassment in the process. On the end of the schooling process, Mitch and Cam take Lily for her first day of kindergarten, but when she has a run in with one of her classmates on the playground, they are forced to take on the little boy’s aggressive lesbian parents. Jay and Gloria, who are starting over with a new baby on the way, are goaded into taking a baby class by Manny; however, their distracting antics make them less that the teacher’s pets.

In the second half of tonight’s one hour Modern Family, Phil heads to get a vasectomy in order to be able to live out his and Claire’s five year plan to vacation once Luke heads off to school. Gloria, who is starting to realize that her need for maternity clothes may be closer than she thinks, can’t come to an agreement with Jay as to whether or not to find out ifÂ  they are having a boy or a girl.

Check the image gallery below to get a sneak peek of tonight’s episodes! 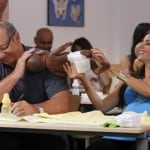 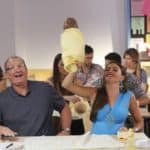 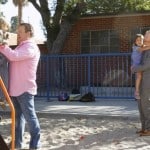 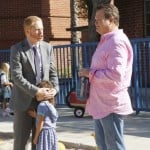 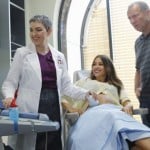 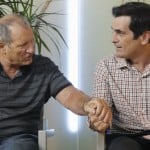 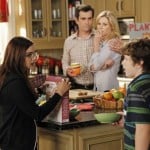 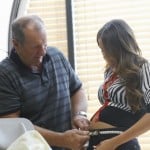