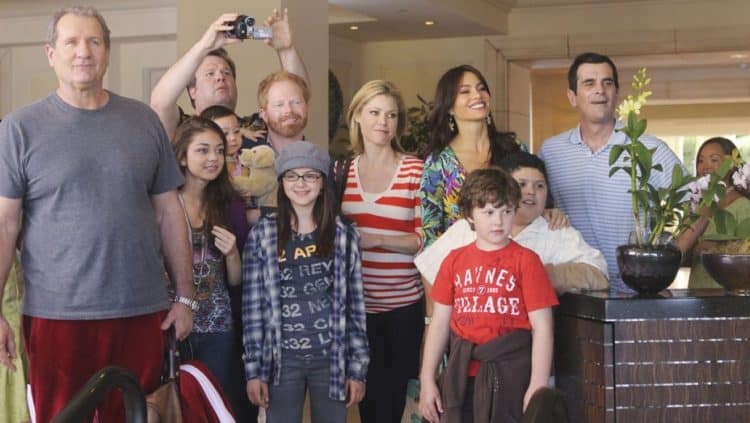 There has been speculation about how long the run for “Modern Family” is going to last. Many viewers were uncertain if it was going to re-up for a tenth season. It took some long deliberations to make the decision, but the show is scheduled to fulfill the season that will make it a decade series this fall. The series is an Emmy Award winner and it has been a favorite staple during its time. Steve Levitan and Christopher Lloyd are the creators who had the initial goal of just keeping it on the air. They hadn’t dreamed that it would make it this long.

Could the show continue past season ten?

According to the creators, they could extend the show for a few more seasons, but it is sounding like they are preparing for a final end in the upcoming season. Levitan believes that this will be the final season for the series. The only thing that could keep the show running would be if they were asked to drag it on for a while, but the rumor is that this is going to be it.

How will “Modern Family” end?

Levitan was unsure of what they were going to do for the finale. There are a few considerations that the duo will have to explore. One of them is the tone and the other will be where they want to take the show to wrap things up. Levitan dropped a hint that there was a possibility of ending the show with a huge family event that includes a massive celebration of some kind. A joyous event would leave viewers with warm and fuzzy feelings about the final episode. He wouldn’t confirm what type of event will end the popular series though.

When will the stories of the Pritchett families end?

From the information that we’ve received from one of the creators, there isn’t really a vision for the show beyond the tenth season. It’s been a heck of a ride and we’ve seen different strands of the family line brought together through the years. It’s possible to extend a series well past the graduation and move to college phase, but most of them lose their momentum because the story lines evolve, and it isn’t always in a direction that dyed in the wool fans want it to go. There is a tendency for viewership to drop when it comes to that point. Sure, they could spider web outwards, but the show would not be the same.

We’re keeping our bets on the original guestimation that we’re about to see the end of the show. The writers still have time to bring the series to a neat and tidy conclusion. It will be the end of an era, and for some, a bittersweet experience. “Modern Family” is coming to a close and for others who have watched it from season one would agree that it has nearly lived out its’ life. It’s hard to let go of something that has been a part of your life for years, but there will be fond memories and a new series to fill the time slot.