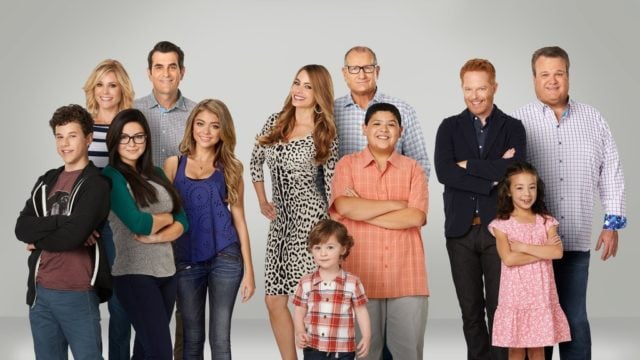 If you really went by how successful the cast is on their own right now it would be easy, but since we’re talking about when the show ends, then it gets a little more difficult. Tell you what, let’s base this off of how well the individual cast members are doing now and see who’s coming out ahead at the moment. If nothing else this will give us a better idea of just where they might be headed once the show is over and if any of them will still be working in the industry to the same degree.

Right off the top of my head, Ariel Winter is probably in the best position right now.

I put his name last simply because he’s kind of at the bottom of the barrel in my estimation for the cast members that will be doing okay once this show is over. I could be wrong but overall he’s done a few things during the show’s airing. He was in the thriller The Loft, and did a voice over part for Duke in The Secret Life of Pets. But really, there hasn’t been a whole lot of other parts for Stonestreet at the moment, though this could change. The character of Cam has won him a lot of support but also a lot of shade since it seems so overplayed. That however is the point of the character.

She’s the family airhead, but she’s already begun to transition herself into films as she has been featured in a few movies that can be seen on Netflix. Her look is also what should keep her relevant along with her developing acting career. To be honest she’s been in the industry for some time as she did appear in an episode of Law and Order: SVU when she was younger. Sarah should do just fine when the show ends, as she has enough to make a name for herself anywhere she goes.

He’s another guy that’s been on Law and Order: SVU and he’s been featured in several films throughout his career. He’s also on commercials that are set in the Modern Family motif and others that have him using the same type of character that he does on the show. In movies he’s been kind of a jerk really but he’s made it work so that the audience is entertained. There’s nothing to say that he won’t continue to do great things when the show ends.

Ed O’Neill is like a national landmark. He’s always going to be in style and he’s always going to be around. Among the entire cast he’s probably had more of a run than anyone. From Married With Children to his film appearances he’s been an icon for the times, and there’s no doubt that he’ll land on his feet when all is said and done.

Did you really think anyone else was going to take this slot? Not only has she been rocking it in the media and on the show, but unless you missed it, she’s also been the voice of Sophia the First, a popular kid’s show on the Disney Channel. So with that still going there’s no doubt that she’ll be able to land future deals for herself whenever the show closes shop.

It will be a sad day when Modern Family finally goes off the air, but it’s bound to happen eventually. Once the Dunphy kids are all out of the house and the other kids start to get older, the show is going to need to change or simply go away.