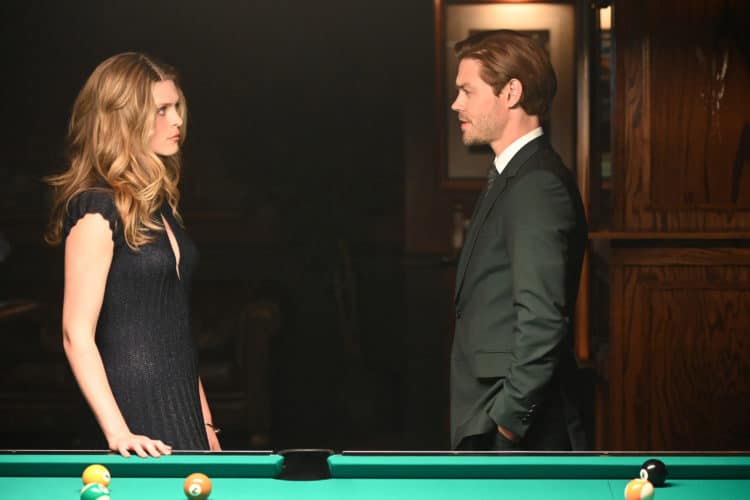 Usually when we think of the phrase ‘when it rains it pours’ our minds automatically gravitate towards something negative. In some cases, however, pouring isn’t necessarily a bad thing. Molly Griggs’ career is a prime example. After starting her career with an appearance in a short film in 2013, things didn’t really start taking off for Molly until 2019. That year, she found herself with back to back opportunities including her big break in the series Prodigal Son. In 2020, she kept the momentum going when she appeared in the Apple TV series Servant. Not only is Servant back for another season, but Molly also has some other projects coming down the pipeline. Here are 10 things you didn’t know about Molly Griggs.

1. Her Dad Inspired Her To Get Into Acting

Many people find themselves having to convince their parents why pursuing acting is a sensible choice, but Molly never had that problem. Her parents have always supported her dreams and her dad has been as especially strong driving force in her career. She told Broadway.com, “Griggs’ father inspired her to pursue performing professionally. “My dad is a big reason why I went into the business in the first place. He is somebody who has continued to act his whole life. He was in the army for 30 years. He’s a radiologist. That’s been his main career, but he has also done theater at night for years.”

2. She Studied At Carnegie Mellon

Molly has been fortunate to have the perfect combination of hard work and natural talent. She is a formally trained actress who earned a bachelor’s degree from Carnegie Mellon University in Pittsburgh. She graduated in 2016 and began trying to establish herself in the professional world.

We weren’t able to find any information to suggest that Molly has any children of her own, but we do know that she is still a proud mother. Molly is a pet parent to an adorable dog named Izzy. Although Izzy is deaf, she doesn’t let that get in the way of enjoying life. In case you were wondering, yes Izzy has her own Instagram.

Molly’s on screen work is what the main stream world knows her best for, but her theater career has also gotten off to a great start. She made her Broadway debut in a revival of the classic play Hello, Dolly! When Molly found out she was cast for the part, her mother as the first person she called.

As an actor, there’s no better feeling than getting the chance to work with someone you’ve always admired. Molly got the chance to experience that moment when she worked alongside Bernadette Peters. When asked what it was like to share the stage with the legendary actress, Molly told Broadway.com, “She’s one of my idols from growing up…Bernadette is really kind and generous and funny in person. She makes everyone around her feel special and comfortable. She’s better than I could have imagined.”

The world has so many beautiful things to offer and Molly hopes to see as many of them as she possibly can. She loves getting the chance to travel. Thanks to her career she has been able to do a lot of it.  Some of the countries she’s visited include Iceland and Spain.

If you have Molly on your list of celebrity crushes, I have some bad news for you. She is officially off the market. She announced her engagement via social media in March of 2020. Her fiance, Sam French, also works in the entertainment industry as a writer and director.

8. She Loves The Bachelor

Even though we all make little side comments about reality TV, most of us can’t help but tune into a few reality shows here and there. Molly is no exception. She is a big fan of the popular dating series, The Bachelor, and she makes it a point to tune in on a weekly basis.

Molly is the kind of actor who understands that she has the power to use her platform for more than just entertainment. She also stands up for the causes she believes in and has expressed her support for the Black Lives Matter Movement and the fight to end racism.

Finding the energy to get up and work out every day can be a real struggle, but Molly makes it a point to incorporate exercise into her routine. Whether it be yoga or bike riding, Molly loves being active. Not only is fitness a great way to stay in shape, but it’s also a way for Molly to release stress.