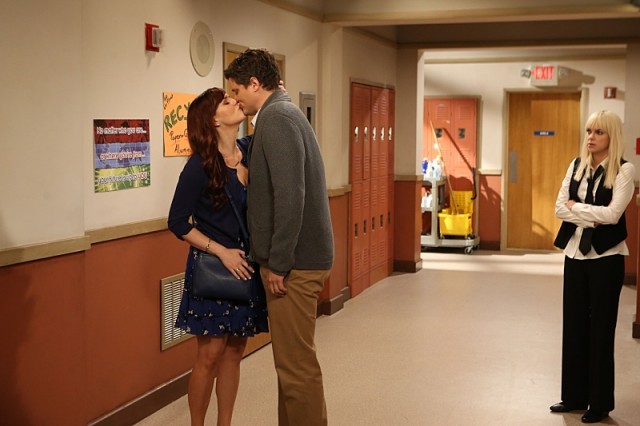 After their conspicuous absence in the opening trio of episodes, Christy’s children have made their respective returns in fantastic fashion during the last twoÂ MomÂ episodes. Last week’s “Sawdust and Brisket” brought back Violet in one of the show’s finest episodes, so it’s no surprise the Roscoe story we get in this week’s “A Pirate, Three Frogs, and a Prince” doesn’t quite feel as hefty. However, for a story centered on the well-being of a nine-year-old boy, “A Pirate, Three Frogs, and a Prince” is still pretty meaty material.

It’s deep, emotional stuff – even if it’s basically stories previous episodes ofÂ MomÂ have already covered. “A Pirate” feels like the evolution of “Fun Girl Stuff and Eternal Salvation,” or “Sick Popes and a Red Ferrari” a few episodes before it. Thanks to Baxter’s accelerated maturityÂ (and new found wealth, thanks to Candace),Â Christy finds herself reflecting on her ability to be an effective parent, comparing herself to to the stability Baxter and Candace have offered. “A Pirate” simply takes this a step farther than the Season 2Â finale did: now that Baxter’s living with Candace, it’s only natural for Christy, who is too busy to spend a lot of time with him currently, to feel like her maternal grounds are being stomped on, especially when Candace takes the lead in a parent-teacher conference, pointing outÂ justÂ how well Roscoe’s doing, now that he’s not living with his mother and her unstable (and often unfair) life.

That’s a tough conversation for any parent to sit through, and seeing how well the nucleus of Baxter’s new family has formed, it’s only natural for Christy to overreact and feel left out. It’s a truth we’ve seen her exhibit with both her children: part of her is proud they’ve found stability, but part of her resents the people helping her children, loving them and giving them the life she was never able to as they grew up. Being a lot younger, Roscoe’s character doesn’t quite have the emotional pull Violet’s does (boy, the lastÂ episode was a real doozy to watch on a holiday, wasn’t it?), but there’s incredible pathos to watching Christy swallow her pride yet again, doing what she knows is best for her child, which ironically is just getting out of his way.

MomÂ never shies away from those painful truths, the ones we often try to ignore in life: hearing your child is better off with other adults must be among the toughest of them all, yet another moment where Christy has to clutch onto her sobriety and hope it’s enough to get her through the night. And it does: once she gets a little bit of dirt about Candace out of Roscoe, Christy relaxes a little, and can find the words to express herself again. Of course, what ten-year-old wants to listen to their mom talk to them about parenting; and asÂ MomÂ details that irony with hilarious little visual details and cues (Roscoe’s blank face the highlight among them), it once again shows a little bit of that hopeful heart at the show’s center, the one it protects under heavy layers of irony and crude humor.

MomÂ isn’t fooling anyone, however. Though it may be one of the darkest, most depressing comedies on television (Bonnie has a long conversation this week about her dead ex, harkening back to the shock of his passing early in Season 2),Â MomÂ pushes through the darkest stories with an infectious hope, a positivity that leaks into every frame, and weaves its way through every conversation (even with Wendy; hey, maybe BonnieÂ willÂ change her mind about that whole “lesbian experience” thing one day, right?).Â MomÂ is always looking up and looking forward, looking for the next “little, small miracle” Christy mentions in the car with her mother. There really isn’t anything on television like it, and episodes like “A Pirate” are a great reminder of just how willingÂ MomÂ is to search for those quiet, heartwarming moments, even in its lightest episodes. 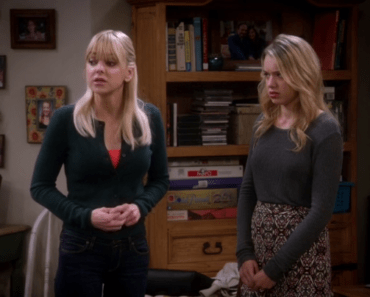