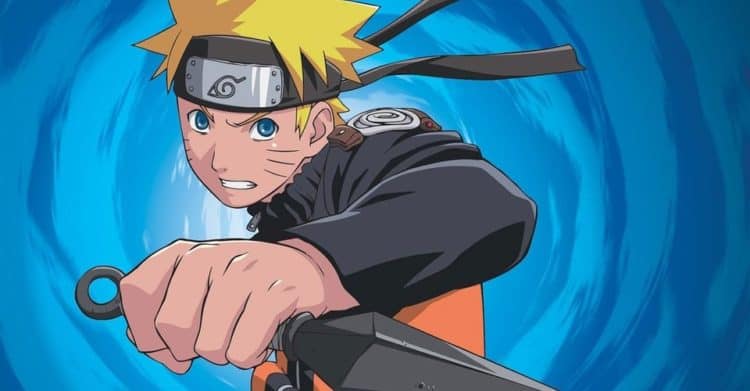 Shortly after the formation of Team 7, they were sent on their very first mission to escort a master bridge-builder named Tazuna. It was supposed to be a C-rank mission, one that should posses a challenge to the new genin. But along the way they were ambushed by chunin ranked ninja’s which alerted Kakashi and put him on alert. Tazuna then confessed that someone named Gato had asserted the dominance of the area and used shinobi gangs to control people. If Tazuna was to build this bridge then it would put a hole in Gato’s income thus he was made out to be a target.

As they near their destination they are met by the demon of the hidden mist, Zabuza. It becomes apparent to Kakashi that this is no longer a lower-rank mission and that Team 7 has been put in a tough spot. This is an incredible moment in Naruto because it is the first time we see Team 7 working as a team. For the duration of the show, we have seen Naruto and Sasuke at each other’s necks, but here in a life or death situation they are fighting together and protecting each other. At one point Haku, Zabuza’s partner, throws needles in Naruto’s way. Naruto is unable to move due to injuries but Sasuke jumps in front of him and takes the needle barrage. This shocks everyone due to the nature of their friendship thus far. When Naruto asks why Sasuke tells him he simply moved on instinct.

The moment that truly showed the bond Team 7 had formed through their first mission was when Naruto and Sasuke worked together to land a blow on Zabuza. Using the hidden wind shuriken technique where Naruto hid in the shadow of a shuriken Sasuke threw to launch a kunai at Zabuza. Team 7 had a lot of ups and downs throughout the show but it was beautiful to see their first mission play out how it did.

Rock Lee Takes Off His Limiters

The Chunin Exams were a spectacle enjoyed by all of the villages. It pitted up and coming genin against each other to decide who would move on to the next step in the ninja ladder. It is a tournament-style arc in Naruto that brought with it some incredible fights and moments. One that sticks is when Rock Lee finally gets his time in the spotlight.

Rock Lee is a Genin that uses only taijutsu. This means he is unable to use chakra-based moves and must use hand-to-hand combat. He is pitted against Gaara of the sand-village who is seen as one of the strongest ninja coming into the test. Clearly the underdog and with no chakra, Rock Lee is seen by the audience as someone who would easily lose. That is until Rock Lee takes off his limiters. Guy-Sensei puts Rock Lee through vigorous physical training and when the time to fight comes he tells Rock Lee to take off his ankle weights. Rock Lee stands at the top of the stadium and takes them off, dropping them to the floor which causes a massive explosion of sand. His ankle limiters were 5 tons.

This is an insanely hype moment in Naruto and one that gave us goosebumps. To see someone who tries to preserve through hard work and determination give someone who has been blessed with skills and chakra a run for their money is truly amazing.

Throughout the series, only one thing drives Sasuke, his revenge for killing his brother Itachi. It has been brought up frequently and we’ve seen glimpses of him. When he finally shows up at the hidden leaf village wearing a mysterious black robe it had viewers wondering what he could want. Returning to the place where he slaughtered his own clan.

His intentions are known fairly quickly as he makes his way to Sasuke and shows himself to him for the first time since the night of the slaughter. This causes Sasuke to go into a rage and he prepares his Chidori as he screams at him. He launches his Chidori at Itachi only for Itachi to stop him midway. He holds Sasuke by his wrist and dangles him. In one swift motion, he breaks his arm and exclaims how Sasuke will never be able to reach him. How he is still too weak. This leaves Sasuke distraught and hurt. Before Itachi can do any more harm, Master Jiraya hops in and drives him away.

Up to this moment, Sasuke had been struggling with his curse mark but seeing the space between the two brothers he decides to take action.

The heart of Naruto can be said to be the bond between Sasuke and Naruto. It starts off as a rivalry, develops into a friendship, and then a game of cat and mouse. Up until this point, Sasuke has been struggling with his thirst for vengeance and the powers lingering in his curse mark. The enormous burden placed on him only increased when he came face to face with his brother Itachi and was thrown aside like some ragdoll. He was still no match for him and was further from his goal than ever.

This pushed Sasuke to do what everyone feared he will. Seek out Orochimura so he could draw out even more power from his curse mark. As he prepares to go he is met by Sakura Haruno at the ends of the village. Sakura has not been quiet about her love for Sasuke and has let it be known at almost every point in the series. She appears before Sasuke to persuade him to stay, to keep Team 7 together. Sasuke ignores her requests and walks away telling her that she is annoying and that he does not love her. Even though this hurts Sakura she does not falter.

As his last act, Sasuke teleports behind Sakura and thanks to her before knocking her out and placing her on a nearby bench. This is the moment we know that Team 7 will never be the same. It is a moment in Naruto that all fans remember and a moment that signifies the beginning of a new story.