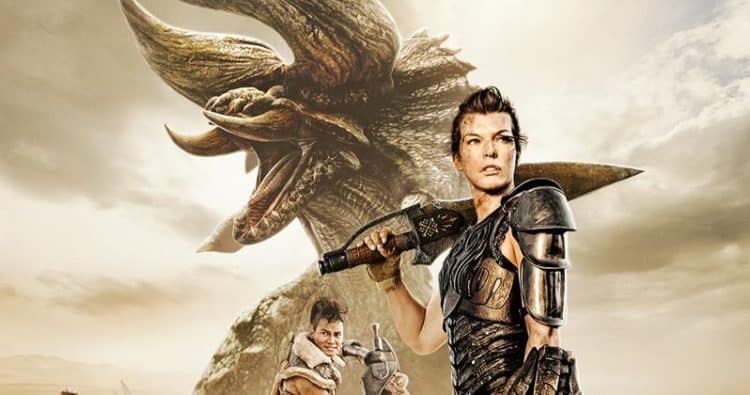 When making a video game movie it’s a risk since the fact is that the audience is going to be made up of people that have played the game religiously and those that don’t own a game system and have never even watched a second of gameplay. I’ll admit to not having played Monster Hunter, but the fact is that the trailer looks pretty awesome, not to mention that it features a couple of very respected actors, so it’s easy to believe that it might be worth a look since the settings and the story appear to be convincing enough that they should entertain a large number of people. As it’s been mentioned, the ability to satisfy those that haven’t played the game and the hardcore gamers in the same instance is kind of a challenge since the gamers will be the first to pick out anything that’s different and will no doubt be ready to walk out if too much within the game is different than they remember. Calling the Mortal Kombat movie a success is kind of a tongue in cheek statement since it’s true, people were definitely excited when it came out, and it did deliver on a few different aspects of the game, but a lot of people, gamers mostly, felt that it tripped up a bit, and the second movie, Annihilation, was just a whole lot of awful.

Video game movies have a seriously bad reputation thanks to projects such as Super Mario Bros., which made an attempt to change a lot of things without taking into account that people could handle if the movie was actually like the game instead of a faint shadow of the popular title. Sonic the Hedgehog was a success largely because the designers went back and spent the time and money to fix Sonic’s look after fans were horrified by the way he came out the first time. But other movies, such as Assassin’s Creed, Street Fighter, and several others have had a lot of expectations heaped on them, but few video game movies have ever really had the same success as those few that have gone on to be counted as true success stories. It’s a big hope that Monster Hunters will be one of the better movies that will make its way to the big screen if such a thing can happen considering how the pandemic has been punishing the box office for months. Many think that theaters will be able to open up eventually, but this has already been attempted in many locations, only to find out that operating at half capacity or less isn’t a suitable development since it means that theaters are struggling to make a profit.

Hopefully, Monster Hunter will be another bit of proof that video game movies can in fact become successful if they’re designed for a mixed crowd and not just for the gamers that enjoy the experience on whatever system they play on. That’s the important part of making a video game movie, after all, making sure that more than just the hardcore gamers can enjoy it. Those that have never picked up the game don’t need to know the history of it, but they need to know enough to be certain that they want to take the chance to sit down and watch it. So far Monster Hunter looks like it could be worth the price of a ticket, but it’s usually a good idea to keep expectations at a moderate level before stepping into the theater or even just sitting down to watch a recently released movie since otherwise, it’s very easy to have your expectations lowered in a very short time as has happened with several video game and comic book movies in the past. If the movies were made simply for the hardcore gamers it’s a fair bet that they might pull in a good amount of money, but the revenue brought in from the much more diverse crowd that directors want to see is typically a lot better than relying on those that are glued to their consoles so often. Plus, the chance to tell a great story on the big screen using the kind of material that’s found in a video game is a challenge for just about every director since the need to include the source material is vital, but the desire to put their own spin on things is no doubt a little too tempting to some since the horrible video game movies we’ve seen in the past are proof of that. Sometimes a director needs to let go of their ego and tell the story from the perspective that people are hoping for, as well as their own desire to see and deliver something spectacular. The resulting compromise is usually something pretty interesting.