Home
Movies
More than a Decade Later, Why Does Christopher Nolan’s ‘Dark Knight Trilogy’ Keep Getting a Pass? 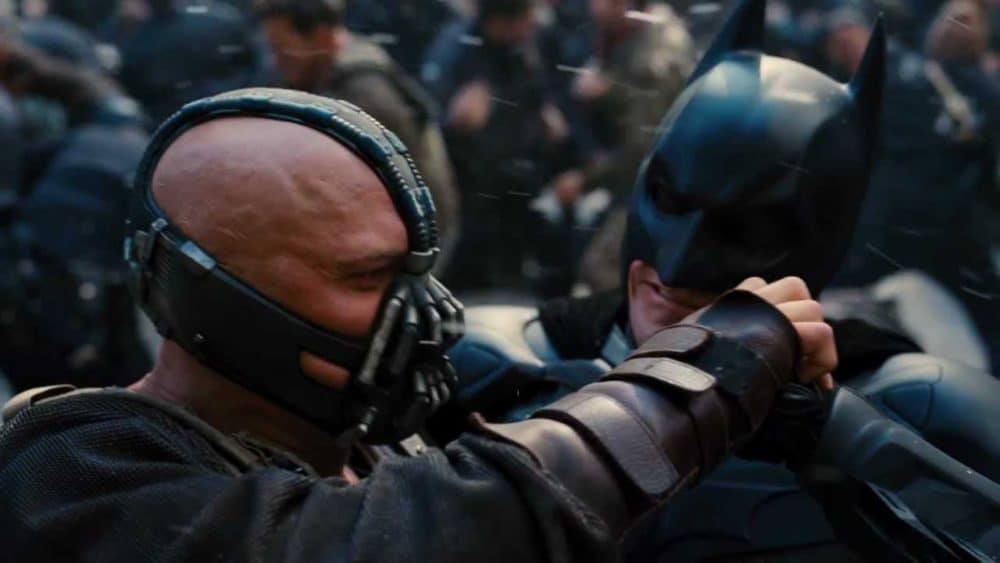 Due to the… well, let’s call it “aggressive” state of the DC fandom at present, a disclaimer is doubles in order.Â  I love all three of Nolan’s Batman movies.Â  When it first hit theaters, Batman Begins (2005) was everything I ever wanted out of a Batman movie, right down to including the one-two punch of my hands-down favorite Batman villains.Â  The Dark Knight (2008) is somehow even better than its near-perfect predecessor: making the doggedly overused Joker somehow feel revelatory and making the best possible use out of the too-often misused Two-Face.Â  And while The Dark Knight Rises (2012) is a dramatic step-down from the heights of either preceding film in the series, it remains a satisfying and well-earned send-off for the trilogy and one of the best movies of 2012.

And yet, triumphant achievements though they are as both film and pop-mythology, there’s no denying that the movies have problems.Â  I’m not talking about nuts-and-bolts problems like narrative structure and filmic technique (although it warrants mentioning that Nolan is a shockingly inept director of action).Â  I’m not talking about nailing the look and feel of the comic-bred characters nor the lived-in locales that they inhabit.Â  This isn’t about story nor theme nor atmosphere.

Taken on the whole, these movies are well past such surface-level nit-picking.Â  They are virtually peerless in what they ascribe to be, and are generally brought down by a few of Nolan’s directorial blind spots, fleeting moments of over-seriousness and an overly ambitious conclusion that doesn’t quite stick the landing when all is said and done (although, again, The Dark Knight Rises was in itself a great movie).

No.Â  What bothers me about these movies, well into the present day, is the naked erasure many of the franchise’s most prominent characters of color.Â  The fact that these movies were made within the last fifteen years, well after we had come to expect better of Hollywood, paired with the seeming willingness of the fandom to overlook this flagrant whitewashing, is downright baffling in the moments leading up to the #OscarsSoWhite controversy and fans rightly demanding that the upcoming Hellboy reboot cast an ethnically-appropriate actor in one of that franchise’s few notable non-White characters.

The characters that I refer to are Batman Begins‘ Ra’s al Ghul and The Dark Knight Rises‘ Bane.

In the comics — indeed, in all other DC-produced media in which he appears — Ra’s al Ghul is an Arab, born from a tribe of Moroccan emigrants.Â  In Batman Begins, however, he’s played by Liam Neeson: a painfully White Northern Irish actor.Â  Conversely, Bane is Latino: born in the South American Prison PeÃ±a Duro.Â  Everything from his distinct costume design to his melee machismo screams of his unmistakable, luchador roots.Â  And in The Dark Knight Rises, he is played by everybody’s White guy du jour: English-Born actor Tom Hardy. 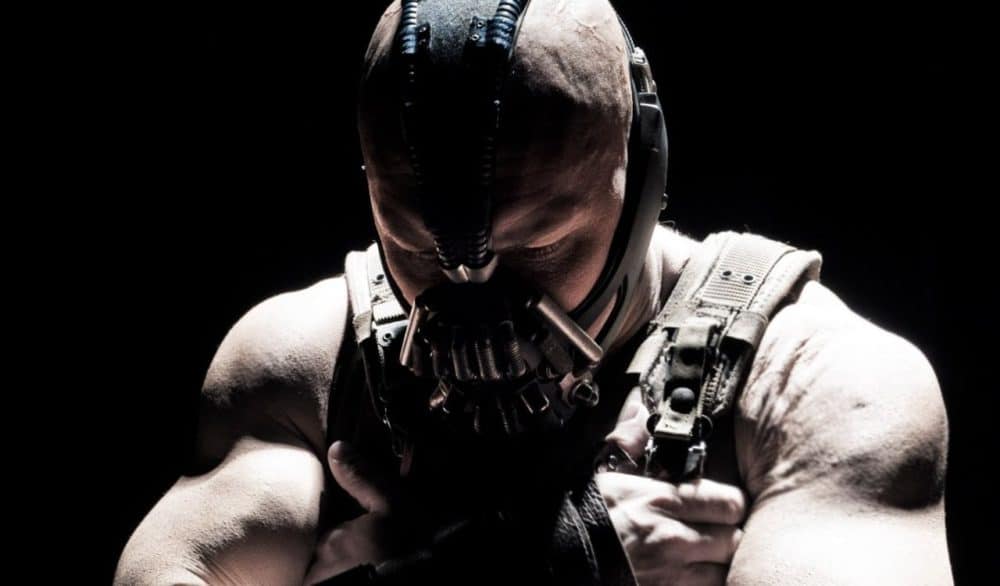 In some respects, it is at least understandable why these whitewashed characters haven’t garnered the same kind of outcry as putting Ed Skrein (aka Deadpool‘s Ajax) in the role of Japanese-American Ben Daimio.Â  Batman Begins goes to great pains to established Ra’s al Ghul as a master of subterfuge.Â  It’s a major plot point in the film that al Ghul uses race-swapped body doubles in order to mask his identity as the leader of the League of Shadows.Â  He specifically trains Bruce Wayne in the arts of misdirection and in the inherent power of deception.Â  If anything, the fact that he’s just the other white guy in an organization dominated by Japanese men is played off as a conscious subversion of expectations (even though it has the very real effect of erasing a rare, meaty role that should have gone to an ethnically-appropriate actor).

In The Dark Knight Rises, I defy you to pin down exactly what ethnicity Bane is supposed to be.Â  We all know that Bane is (supposed to be) Latino.Â  We all know that Tom Hardy is white.Â  But with the face-hugger mask that they clamp on Hardy’s face and the sometimes incomprehensible ways in which they distort the actor’s voice, anything even remotely identifiable as Tom Hardy has been scrubbed clean from the character.Â  Any ethnically-appropriate actor would have been rendered similarly unrecognizable by virtue of the layers and layers of augmentation that Nolan elected to apply to the character. 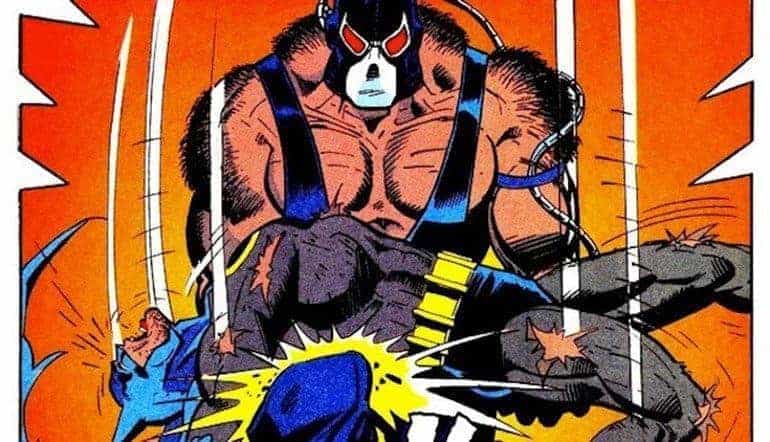 And yet these casting decisions that consciously erase nonwhite characters (and, by proxy, precious-rare roles for nonwhite actors in major Hollywood films) do matter: now, perhaps, more than ever before.Â  They play into a system that continues to marginalize nonwhite talent and robs views of all stripes the opportunity to see something new and authentic on the big screen.Â  At a time when the increasingly prevalence of nonwhite films serves to remind us of just how much we are missing out on with the traditionally monochromatic production slate being fed to us through the Hollywood pipeline, these unquestionably recent decisions matter more than ever before.

I’m not suggesting that we throw the baby out with the bathwater here.Â  As I said from the start, this is a trio of some of the finest filmmaking Hollywood has to offer us: auteur films made by a singularly talented filmmaker at the very height of his artistic output.Â  They have carved out a deserved place in the annals of cinema where they genuinely deserve to stay, warts and all.Â  And yet, in light of where we’ve come as a society (and, in fact, where we were at the moment of their release), these movies desperately need to be reevaluated.Â  Their very real flaws, up to and including the low-key racism that informed the erasure of what should have been their most prominent nonwhite characters, deserve far more consideration than they have been given in the thirteen years since the franchise’s beginning.

And from that retrospection, we should understand that we, and specificallyÂ Hollywood, need to do better in the future.Â  This is merely a starting point for greater things to come.