Home
Movies
The Five Most Important Bambi Characters Other than Bambi 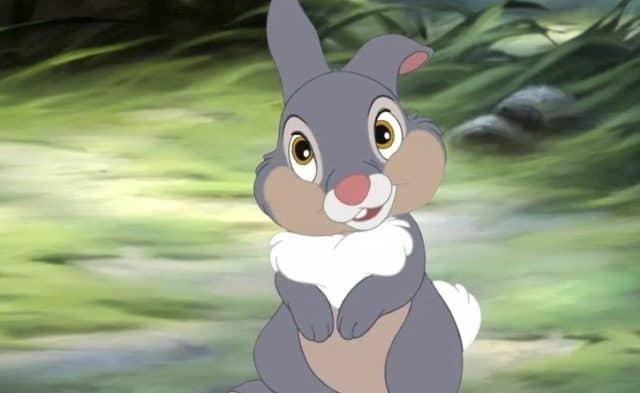 Who didn’t cry when Bambi’s mother got shot? Who didn’t think that this show was the reason so many kids cried when daddy went out into the woods to bag a deer? If your childhood was spent wondering about the ethics and morals of this movie then you might have been one of the many that actually liked it. But one thing about Bambi is that he didn’t get to grow up big and strong all on his own. He had to have a little help, and in doing so those characters that helped him along the way gained their own recognition. It might have been just a nod or a small acceptance into the whole idea of the movie, but each piece helped to keep the film flowing forward and to flesh out the world into which Bambi had to adapt. As most people already know, assuming they’ve seen this film, Bambi is a very emotion-laden movie. You don’t generally watch it without feeling some kind of way about the situation this young fawn is put into, no matter how cold you might be inside. Even tough guys cry during this movie since it depicts a very real quality of nature that isn’t kind, cruel, or otherwise. It kind of reminds you that nature is indifferent to the goings on of those that exist in it, and will allow whatever that’s meant to happen to happen. But thankfully Disney wrote in a few friends for Bambi to help him along the way.

Here are some of the more important characters that popped up during the film.

Faline is kind of the typical love interest that comes around when Bambi is young and then reappears in the film when he’s grown. If you want a good analogy it’s kind of like Mowgli from the Jungle Book when he notices the young girl from the village. She has no fear of him and is in some ways even coy. It’s this way with Todd in the Fox and the Hound as well. Disney loves to give their characters a happy ending in some way no matter how hard their lives might get, and this is important for Bambi not only because it gives him someone else in his life, but because it perpetuates the circle of life. Yes, that was a Lion King reference.

Friend Owl is kind of a grump at times and doesn’t always have something useful to say. In fact he kind of reminds me of Archimedes from The Sword and the Stone, but without the abundance of wisdom gleaned from Merlin to fall back on. It seems that a lot of owl characters in movies are kind of grumpy in a way, as though it’s just the character type and can’t be avoided. He does remain a friend to Bambi but overall he’s not exactly the best source on this list, even though he is a good friend to have about.

Flower is kind of an ironic name for a skunk you would think, but it works. Flower becomes one of Bambi’s friends but is the first one that is wooed by a member of the opposite sex. It’s pretty funny since both he and Thumper had already stated that it would never happen to them after Owl disclosed just what kind of changes they would start to experience at a certain age. Flower didn’t stand a chance against the female skunk’s wiles though and was instantly hooked, bidding his buddies farewell as he went off with his new love.

Bambi’s mother is the most tragic tale in this movie, and one of the most important since not only did she bring Bambi into the world, she saved him as well. It’s unbearably hard to think that she had to perish in order for the story to go on, but with her in the picture it seems like the tale wouldn’t have been as gripping. She did her part and kept Bambi safe, and then was taken from the story in a way that would scar a great many children for years to come.

Thumper was the best friend, the one that taught Bambi a great number of things, and the one animal that Bambi always relied on up until that special time came around. For all his posturing and claiming that he would never fall in love Thumper sure went quickly when the female bunny came into the picture. He didn’t even bother with a half-hearted “see you later” before he was following her away from his friend. There’s nothing to say that he didn’t reunite with Bambi, but the simple fact is that throughout the story he and Bambi were like brothers in a way, but when it came to the one thing that Thumper swore wouldn’t happen he couldn’t have stopped if he’d tried.

Love has a funny way of taking the narrative off in several different directions.