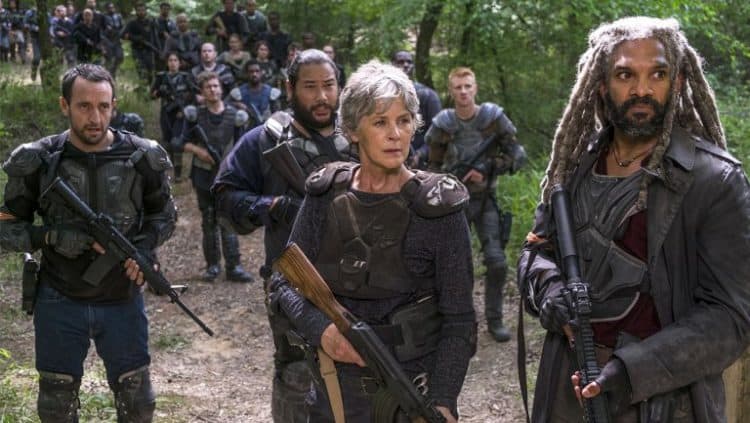 Kirsten Acuna from Insider has stated that The Walking Dead has had some shocking and brutal death scenes, and she’s right. The show has managed to get rid of an entire cast worth of characters throughout its length and yet still has so many to rely on. The idea of living in an apocalyptic wasteland where the dead outnumber the living however somehow makes the death scenes even more tragic somehow. It’s as though the living are being forced to give ground to the dead, and with each episode a little more of the world is lost no matter how much seems to be gained. It’s simply easier to divide what’s left between fewer people if you want the honest truth. But the loss of each individual on this list has been something that fans have had trouble dealing with in the past as they’ve become invested in some way in the characters.

Here are some of the most tragic deaths in The Walking Dead.

You might want to argue just how tragic it is that Merle went out like he did since he was kind of a miserable pain in the butt throughout much of the series. But in the end he was at least becoming redemptive since he was trying to take out the Governor. If not for fate and the writers he might have succeeded, but in the end it was up to Daryl to put him down for good after he’d been left to become a walker.

Shiva is a tragic death but on a lesser scale since she did go down fighting and she was defending her human companions. But even a tiger that’s sheer muscle and power can’t fend off a small army of the undead for that long. A lot of folks were hoping that the show might buck the comics once again and have Shiva just dart for cover once she realized she was surrounded. But it quickly became apparent that she was going down swinging.

People became unhinged in a very emotional way when Beth finally bought it, as it was a very emotional death and she was doing it to free Noah from the hospital and the staff. Her motives were absolutely pure but she was also embracing something that she’d been running from for so long. There were very few dry eyes in the audience when this cast member had to check out.

Hershel was the wise old mentor-type that didn’t mean anyone any harm and was actually pissed when Rick and his group executed the walkers in his barn. But as the story went on he came to understand why it had to happen and finally made peace with it. The way he died was hard to stomach since it’s not the way anyone should die, bound and defenseless at the hands of psychopath.

Dale is another unfortunate soul that was in the wrong place at the wrong time and got taken down by a walker and literally ripped open. His death scene was hard to watch since like Hershel he was the wise older mentor that a lot of people relied on and was considered invaluable. After all he was one of the few that could keep the RV running on spit and ingenuity. But his death, while not really a shock, was hard to take.

This one was kind of a foregone conclusion but it was still hard to stomach since it mean that absolutely anyone was bound to get it at some point. This had already been established of course but the whole idea that kids could be turned into walkers was just pure evil of the sort that made it clear that no punches were going to be pulled in this series. Rick was the only one that had the fortitude to step up and do the job, though you can imagine that many people would balk at this.

Honestly it seemed like Andrea was destined for a hard death since she was a troubled woman throughout a good part of the series and after losing her family she became harder than a lot of the others. Thinking that she would go out easily was hard to fathom since she was simply too tough for that. But her death was still hard to take since in the comics she lived on for a while and was a badass.

You KNOW everyone felt this one, since Carl was one of the characters that had been through so much, seen so much, and had such high hopes for the future that it was almost contagious. But his luck ran out eventually and he was at least allowed to say goodbye to the two people that had seen him through so much. There were so many rumors that Carl might make it, that he might go on and take his father’s place, but that obviously wasn’t meant to be.

In the comics Abraham was the one that was killed with an arrow through the eye instead of Olivia, but it would seem that the show wanted to keep him around for the first meeting with Negan, as he was the first target and possibly the toughest. Abraham was tough to take as a victim since he’d been so forceful and so strong throughout his arc, but it does seem like a more fitting death an arrow through the eye from a distance.

People actually DID lose it when Glen was killed,Â  since it seemed like he’d escaped death before only to finally meet his maker just the way he did in the comics. When folks saw that he was preceded by Abraham they might have thought that he’d been spared again. But this time Glen wasn’t about to find a way out of his predicament. As Laura Prudom shows in Mashable some people even stopped watching the show for a while.

The amusing thing is that people KNEW it was going to happen.