Home
TV News
The 10 Most Tragic Deaths on Supernatural 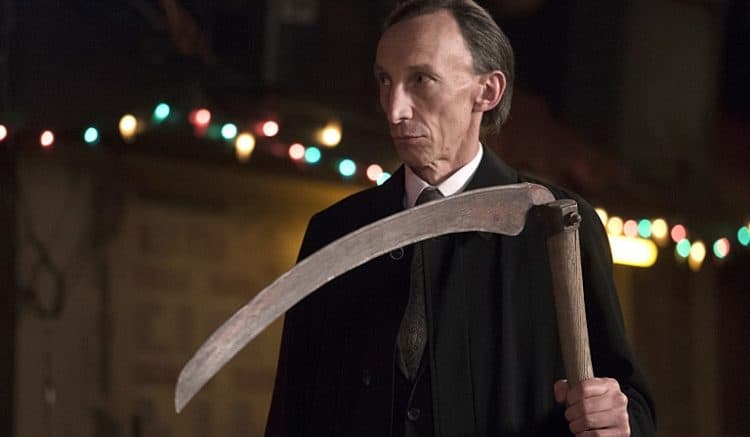 You could say that Supernatural has been a show that harbors a lot of death and it would be a true statement. Honestly, look at the list as it’s featured on Fandom and you’ll get a pretty good idea of just how many there have been. When you’re dealing with a show that features demons, evil spirits, supernatural creatures, and just evil human beings though it’s to be expected since death is after all a byproduct of the evils that human beings and other creatures are capable of.Â  On Hollywood.com however you might find that some folks have decided that some deaths on the show are a little more gut-wrenching than others since they happen to involve those that people have put some sort of emotional investment into. It’s never easy to see characters that you’ve come to like or at least find interesting be sent off to the final dispatch, but with Supernatural one thing is abundantly clear, not every character that was killed off was bound to die just once. It seems that a few of them were brought back more than once at least.

But with that in mind here are some of the saddest deaths in the history of Supernatural. Crystal from Nerds and Beyond gives a few very detailed instances of some of those deaths, reminding us just how tragic the show has been in the past.

One can’t help but think that off-screen death are kind of a cheap way for the writers to really get out of describing what’s going to happen or for the special effects people to luck out and only have to show the aftermath. Either way Charlie’s death was a serious blow to the Winchester boys since she was a favored character and also was someone that was there to represent the LGBTQ+ crowd.

This is just more proof that kids aren’t immune to the horrors or the consequences of their actions in such shows since Kevin was dispatched in a way that can only be described as brutal since he had his soul burned away by the angel Gadreel when it was discovered that he was allowing Dean to speak to the angel as he was possessing Sam. If burning your body feels bad and ultimately painful it seems like feeling your soul sear would be a thousand times worse if not more.

Despite the fact that Bobby did make a return in Apocalypse world it doesn’t help since his death was a major blow considering the role he took on with the guys. Serving as a surrogate father he was the kind of guy you looked up to and expected to be there at all times when the guys needed him. Instead he takes a single bullet and he’s out until it’s time to bring him back in an alternate version.

Sometimes the sacrifice is all that it’s about, but quite honestly it’s still saddening since the way it happened is kind of typical since those that know the Winchester’s seem to be destined to die for them at times. The whole idea of letting the hellhounds that sealed Jo’s fate in to annihilate them is perhaps one of the most perfect ways to go out that anyone could ask for since it’s a note of defiance that says they’re not going to back down, and they’re not letting anyone else get hurt.

Now Castiel might not have been the best person throughout season 6 but it does stand to reason that anyone that sacrifices themselves at one point or another has earned at least a little bit of redemption, so drowning himself in a lake did accomplish some good.

The guilt that Sam felt over this particular death was what made it so hard to take. That and the fact that she died in a similar manner to Mary Winchester obviously had a profound effect on Sam and forced him to feel that guilt eating away at his soul for a long time to come.

Dean definitely lives and dies by the TV magic that makes it possible for such things to happen since a person going after the supernatural evils in the world would kind of need an edge of sorts to avoid the final slumber and have a back door out of death’s domain. But still, a lot of his deaths have been pretty hard to take, even if you guessed that he was coming back.

This death seems like it was one of the most emotional since it hit a lot of people the hardest and seemed to drain some of the viewers of their ability to go on. That’s how invested a lot of people have been in Sam for so long.

Yes it’s true, John Winchester wasn’t bound to win ‘dad of the year’ for a good part of his time in Supernatural, but the fact that he sacrificed himself to save Dean was something that seems worth a bit of redemption.

This was the one death that a lot of people had to observe through flashbacks but it explained a lot about the Winchester’s and it made a good deal of sense when you consider how the show came to be.

Apart from that, there have been a LOT of deaths in this show that aren’t so much sad as they are tragic and in some cases vindicating.