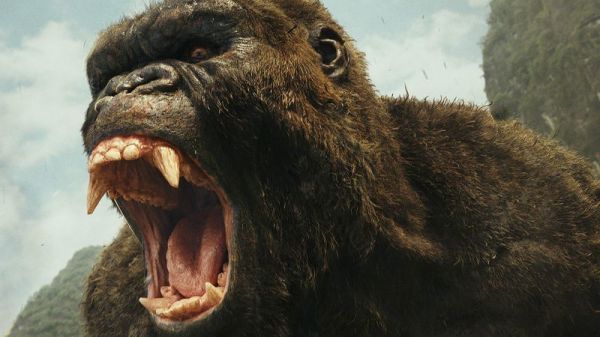 What movie monsters might actually sound like is a moot point for one very good reason. THEY’RE NOT REAL. It’s hard to really get that to stick in your head when Â discussing what the creatures should actually sound like because your rational mind tends to compare the movie monsters you see with creatures that actually exist in real life. So in essence because King Kong roars as he does in the movie you get the feeling that a gorilla in real life can roar like this and nearly knock someone back with the sound alone. Yeah, no, not happening. This is where reality and movie magic tend to diverge quite a bit.

Scientists in many different animal-related fields will tell you that most movie monsters would not sound this way in real life, but the truth is that we don’t know. A lot of them have made best guesses as to how the creatures might sound but that’s about all they are, guesses. Because after all the creatures we see in the movies, a lot of them, never existed in the forms they appear in, meaning that if they had we might have some evidence of what they really sounded like considering that they’d be entirely different species. Kong is a different species after all no matter that he looks like a building-sized gorilla.

Gorilla’s don’t walk like human beings that often, and in the most recent movie it looks like this might be Kong’s desired form of locomotion. It could be a learned trait instead of a natural one since humans do happen to live on the island, but chances are that Kong is simply a different species and thus a much different physiology than the animals he resembles. And the lizard creatures, the skullcrawlers as they’re called, have absolutely little to no basis in reality so there’s really no need to hem and haw about what they would sound like. But it’s the movies so people still want to keep it interesting and for a lot of reptilian creatures you’ll be likely to hear something akin to a screech or a mix between a screech and a roar if you want to reference something like Godzilla.

It was interesting to finally hear someone sound off about animals in the movie making any noise when they’re on the hunt or about to chow down on someone. This is something that a lot of people seem to think is natural, a show of dominance or triumph before the kill, but it’s not at all real. Predators don’t eat if they let their prey know that they’re coming. Every creature, including humans, knows that when you’re hunting your prey the last thing you want to do is roar at them or make any noise to let Â them have a head start that could ruin the chance of catching them. This is really more for dramatic effect than anything since it doesn’t help the predator to expend any energy on making noise when every ounce is needed for the kill.

In terms of comparing movie monsters to real creatures the movies are way off, but if you look at it, there’s no way to really know what a movie monster would sound like unless they were real.