Home
Movies
Movie Rewind: Is Back To The Future Overrated? 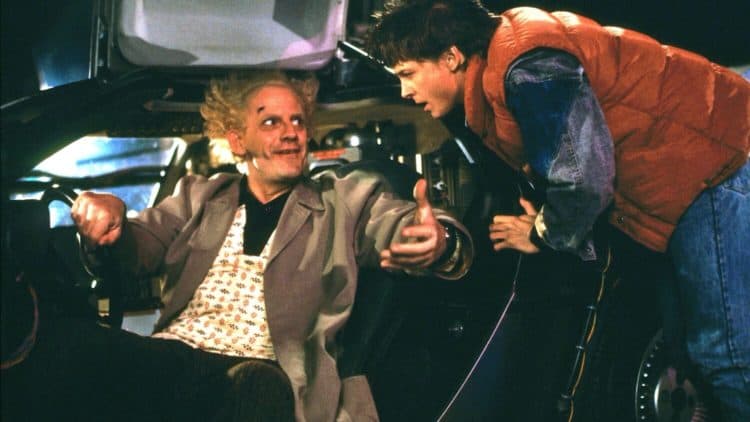 The world of movies has never been the same since Marty McFly and his DeLorean made their debuts in the 1980s. One of the most talked about films of all time is Back To The Future, starring Michael J. Fox, Christopher Lloyd, and Crispin Glover, which centers around a California teen who accidentally goes back into the 1950s when a science experiment goes awry. The sci-fi classic was an instant hit, making $388.8 million worldwide; With Back To The Future also receiving three Academy Award nominations. Once rejected 40 times by nearly every major studio including Disney and Universal, the 1980 movie turned into a successful franchise that spawned into three successful films. Despite hundreds of time-traveling movies coming out years later, Back To The Future would always remain at the top of the list for many moviegoers and it was officially put into the Library of Congress back in 2007. With all the praise that Back To The Future gets, you’ll be pressed to find anyone to speak badly about this film. However, is Back To The Future an overrated movie? Let’s dive deeper into the 1980s classic.

It’s really hard to hate the set of characters in this film, except Biff Tannen. Michael J. Fox is perfect as Marty McFly (or Calvin Klein), who oozes charisma and charm throughout the film. Whether it’s McFly’s first meeting with his younger and hot mom to the chaos that takes place in the JC Penney parking lot that results in the “death” of Doc Brown, Fox’s flawlessly conveys the emotions necessary for each occasion. Of course, it helps that he’s surrounded by a talented cast. Doc Brown and Marty McFly’s friendship feels genuine because of the chemistry between both men, who effortlessly bounce off each well in this zany sci-fi feature. Marty’s interaction with his parents in the 1950s also makes for some fun, with him and his mom’s awkward conversation providing the funniest moments throughout the movie. However, Robert Zemeckis does an excellent job with the storyline of Marty being forced to get his parents together. This plot helps the growth of both George and Marty, and when Crispin Glover’s character finally stands up to Biff, you can’t help but cheer for the young man because the audience was able to connect with his character by that time.

Let’s all get this out of the way, the ending doesn’t particularly make too much sense. McFly successfully makes it back home in time, yet his parents don’t seem to remember their son in the 1950s. While that’s a big plot hole that will continue to plague the film, there’s no denying how much of a thrill ride Back To The Future is. Despite dealing with time travel, the film never overcomplicates the plot and Zemeckis perfectly paces the story from beginning to end. The scenes feel well structured and provide the kinetic energy that keeps the film moving at a brisk pace despite its nearly two-hour run time. The jokes and gags a well-timed and funny throughout, of course, having a set of talented actors helps with that subject. Even with that big plot hole mentioned above, it never ruins the experience of Back To The Future no matter how many times you watch the film. Overall, the light and breezy story help create a simple, yet compelling story that maintains its momentum throughout its runtime. Back To The Future doesn’t have the thought-provoking messages that most sci-fi films of this nature do; however, not every movie needs to be some complex story that changes your perception of reality.

Other than that one negative mentioned above, it’s hard to come up with another reason to hate this film. Despite coming out in 1980, one of the reasons this film stands the test of time is due to Zemeckis smartly not relying on popular culture to carry his story. Too many times, movies cater to a generation, which can often ruin its playback ability. Zemeckis wisely keeps Back To The Future simple, yet still, layers the film with a meaningful message that can easily be translated for today’s audience. This film wouldn’t be so great had the on-screen cast failed to bring their characters to life. So, is Back To The Future deserving of its high critical praise and recognition? Definitely! Whether you’re a movie lover or a casual viewer, it’ll be nearly impossible to not enjoy this classic. Back To The Future rightly deserves its place in the Library of Congress.