While actors will never have the actual abilities of the superheroes they play, there’s an allure there that captures fans.Â  Even though deep down we know these guys are human, there’s still a soft spot for us, especially kids, that says, “hey, that’s Superman! or hey, that’s Ironman!” etc etc.Â  While on the surface we could bump into Robert Downey Jr. on the street and a child might say, “Look, it’s Tony Stark” these guys are human just like anyone else.Â  They have the same issues we do on a daily basis, they’re just a lot richer.

I bring this up because rarely do we get to see these guys in their own private settings.Â  And as it turns out their real children couldn’t care less what they do on screen.Â  In fact these kids will be the first ones to point out their superhero dad’s mistakes and the fact that they couldn’t care less about watching their dads in the movies.

Here are six choice quotes from superhero actor’s children that prove just how little their superhero parts play a role in their kid’s lives. 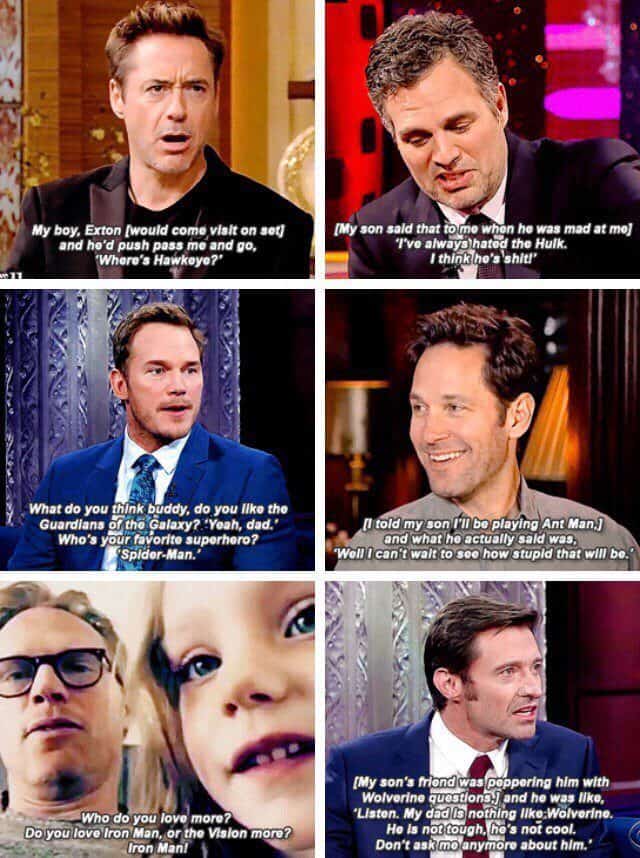