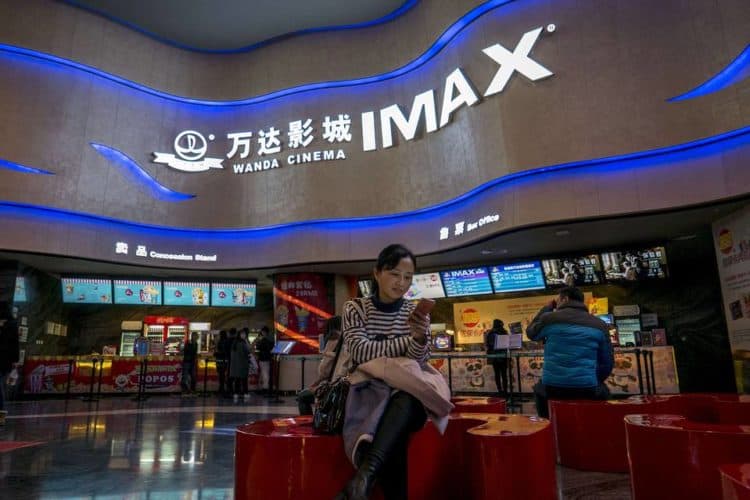 That question is enticing, isn’t it? It might leave a lot of people ready to say “Of course!” without any hesitation since it could allow them to experience the blockbuster movies they’ve been waiting for without having to worry over their health and the idea of sitting in a mostly-empty theater. There would be added technology and a system that would need to be utilized in order to stream movies straight to one’s home, not to mention a cost that would need to be incurred since it goes without saying that theaters aren’t going to do this without trying to earn back the money they’ve been losing over the past several months. What it might cost to the consumer is the big question since a lot of people want to know the cost of something before they decide to say yes or no. The opportunity to have theaters stream movies directly into your home is something that a lot of people would probably agree to without really knowing what it was going to cost them, but the wisest among us would surely want to know what was going to be needed since a setup like this is no doubt going to be a bit spendy and require more hardware than the average homeowner currently possesses.

It still sounds like something that wouldn’t help the theaters that much since the idea of movie theaters making that much off of the movies they show is something that’s been revealed to be minuscule when compared to the money they make from concessions. A lot of folks have made it clear that movie theaters don’t see that much revenue from the movies they show, as it’s been deduced that around 60 percent, and possibly more for even bigger movies, sees its way back to the studio that produced the movie in the first place. This means that the theaters are left with 40 percent or less of whatever the ticket sales are to divide between employee’s salaries/wages, upkeep on the theater, and various other expenses that can eat away at the profits in a big way. Added into that of course are the concessions that tend to make up a bulk of a theater’s profits, but also cost money since they need to be replenished on a pretty regular basis. Those of us that have been to the theater on a weekend know very well that a theater has to be well-stocked with concessions to keep people happy since popcorn, soda, candy, and now alcohol and even full meals are sometimes in high demand and require the theater to be nearly as well-stocked as a regular restaurant, meaning more storage space, more expenses, and possibly a professional chef on hand that can prepare one meal after another, unless they’re using frozen meals, which is still another expense.

So while the idea of having movies streamed into our homes sounds like a great idea, it has to be remembered that the theater is going to need to find some way to make up the cost since they won’t be selling concessions door to door most likely, and they won’t be making a huge chunk of money off the idea, since the studios will still want their exorbitant cut. The studios need to be paid too after all, as they’re the ones giving the theater a reason for being in business, just as the theaters are giving the studios a venue where their work can be displayed. But streaming it directly into the homes of the people would be highly beneficial, especially since it feels easy enough to say that there are plenty of people who would be completely on board with this idea due to the idea that it would deliver the most up to date entertainment to their TV and would keep them and others safe at the same time. It’s an interesting idea to be certain, and one that could possibly work if the costs weren’t too great and were bound to even out at some point. The cost of a movie ticket usually depends on which theater a person is going to and whether they’re seeing an early show or not, but in this case, it might be that the rates would change a bit depending on the movies that are being showcased. Or perhaps there will be a flat rate that will be available to every consumer. It’s hard to say really, but the overall idea is something that could be a revolutionary way to bring streaming forward in a big way, for a price of course.

The pandemic has changed a lot of things in the last several months, and right now it would appear that a lot of people are hoping for some way to get the movies they want to see without having to risk their health. This could be the way that such a thing will happen.