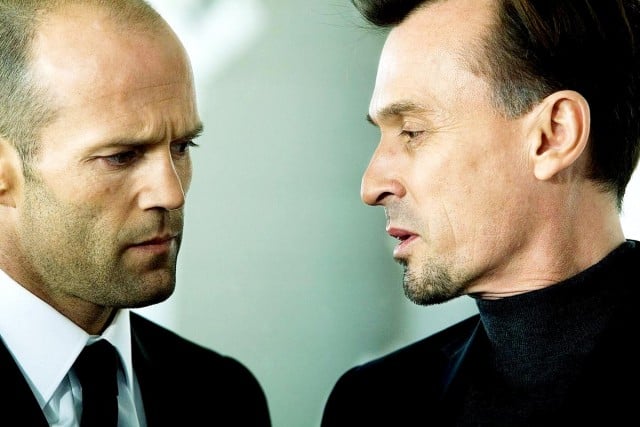 Well, he’s not our villain for almost plunging a knife into Frank Martin’s face, (although if he had succeeded there might be a chance we wouldn’t be subjected to The Transporter 4). We hate him because his ludicrous plan was the premise for this movie, which was possibly the worst action flick I’ve seen since well, The Transporter 2.

The problem is this, and see if you can explain it to me Johnson. You kidnap a girl to make her influential father sign a contract, but why do you need to drive the girl all the way across Europe after you snatch her up? You could easily tell the father, “pick her up here” after he signed, or if you really did want to bring her all the way to him (because you’re just that nice), you could have just done it yourself, since you appear both at point A and point B in the film complete with four SUVs full of mercenaries who probably would have made pretty good guards.

But no, you have to leave it in the hands of a morally confused driver who hates you because you just killed his protege for failing to complete the same job. Oh also, he’s seemingly immune to both physical injury and the laws of gravity. You totally deserved beating you got Johnson. Oh sorry, *spoiler alert*