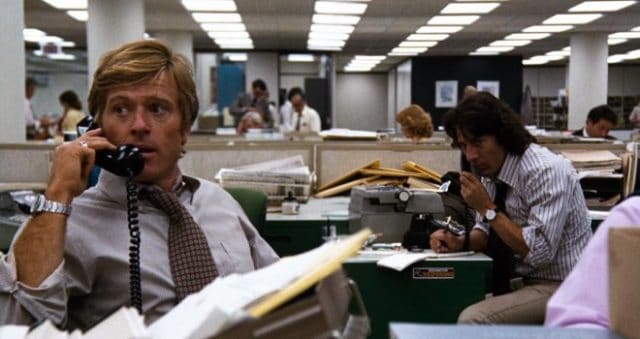 The 1970s was a time in Hollywood when filmmakers were experimenting with new discoveries that brought greater special effects than the decade before. It’s been an evolutionary process that just keeps improving through time. We’ve seen today’s movies hit new heights in suspense and drama but often, the story lines are taken from the fodder of yesteryear. With state of the art technology, some of the older films that were hits in the day could be brought back in more grand style, thanks to new innovations in filmmaking. Here are five 1970s movies that should get a reboot.

The Towering Inferno would be a timely film to bring back as a reboot. In fact, we’ve recently seen this scenario play out in a large apartment building in England. Are tall buildings a safe bet for residential occupancy? The movie was about an architect who returned home from a vacation trip to review the work on his soon to be completed skyscraper. There were concerns when the specifications he set for the wiring were not as directed. Short circuits were the cause of a fire in the skyscraper that broke out and threatened the lives of the attendees of the huge grand opening party for the building.

Robert De Niro portrayed the character Travis Bickle superbly in this drama that takes place in New York City. The Vietnam war vet was an ex-marine who suffered from insomnia. He drove taxi at night to earn a living. His perceptions of the world became skewed. He fell into the habit of watching porn and obsessing on how bad the world had become. The dark theme centered around his negative view of the world and humanity in general, with the exception of Betsy who became the object of his obsession. He set out to make the world a better place for her. This would be a timely reboot for the modern age with all of the crime and debauchery that is so rampant in society today.

This decade has seen an increase in the popularity of films and television shows that focus on the paranormal. With movies like The Conjuring I and II, the many ghost hunting shows and others that explore what lies beyond this life, the scene is ripe for a reboot of the Exorcist. The movie was a true horror film that became a box office sensation in the 70s. A remake today would be likely to meet with the same, if not greater success.

A remake of All The Presidents Men would fit in quite nicely with the current state of the affairs in today’s political scene. The country is glued to news that alludes to new investigations into current and former political figures in recent election bids. Donald and Hillary have each spurred FBI investigations into their activities which are suspect, dealing with the last round of presidential elections. A reboot of this film in the modern era would likely be a successful venture.

An in-depth examination of the ways in which the U.S. Vietnam War impacts and disrupts the lives of people in a small industrial town in Pennsylvania.Â  This was a classic film with an incredible cast but given the modern treatment perhaps it could be even more in depth and more chilling.Â  That’s a tough task when you’re talking John Casale, Robert De Niro, Christopher Walken and director Michael Cimino.