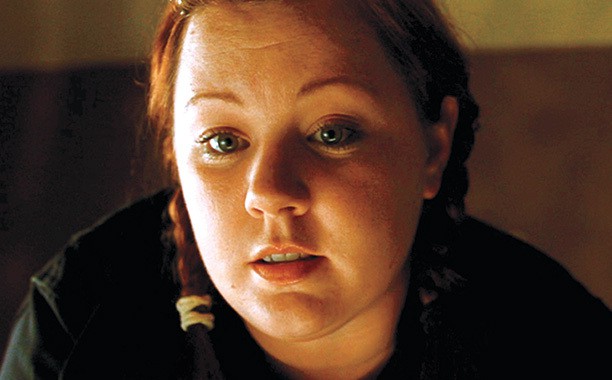 It might be hard to think that Melissa McCarthy would be hard to spot in any movie since she’s got the kind of personality and the presence that seems to make her stand out in a big way. But it is possible to forget about her role simply because it might have been a movie that no one really watched, or because she was among other stars that had taken the main focus of the movie. That being said it’s still kind of funny to see what she’s been in throughout the years and how we could have forgotten that she was a part of certain movies that we might still talk about today. What seems evident however is that as she got older and much more established she began to gain a great deal of notoriety and her name started being spoken on a regular basis, therefore making her more of a household name. Before that however it’s easier to see how we might have seen her but forgotten that she was in some of these movies.

Here are a few movies that you might need to watch to remember that she was a part of them.

It’s hard to forget anyone that was a part of these movies but it’s obviously possible since a lot of the story went into explaining Alan’s life and of course Ed Helm, Bradley Cooper, John Goodman, and Ken Jeong and the others were kind of hard to look past when it came to the overall plot. But if you think for just a few minutes you could probably remember pretty easily that she was the eventual reason why Alan finally settled down, as much as he can at least. The fact that she played a female counterpart to his crazy was something that should have been easy to predict since it would seem that no one else would be able to put up with him.

Putting Melissa with other comedians often yields a great moment or two in a movie or a great movie all on its own. But in this movie we kind of had to settle for a little more adult humor that was kind of dark at times but just as funny. Her time in this movie wasn’t all that much but it was enough to help push forward a situation that no parent would want to find themselves in. It’s one thing when a kid has a problem with another kid, but when it escalates to a parent actually threatening a kid things tend to get a bit serious and, in the case of this clip, a little comical for all the wrong reasons. But we still laugh of course.

It seems fair to say that a lot of people might not have seen this movie but the great part is that Naomi Watts and Melissa both play off of Bill Murray’s crotchety old man character pretty well. As a new neighbor that needs someone to watch her son and help her out Melissa’s character isn’t hard to like or feel sorry for since she’s doing her best, but Murray’s character is the epitome of the grumpy old man next door, and he plays it well. Thankfully Melissa gets to throw in a handful of quips and smart remarks throughout the movie as she navigates what is essentially a dramatic comedy that’s worth watching.

If not for the internet it might not even be evident that she’s in this movie since a lot of people have forgotten a lot if not everything about it. Those that have seen it more than once would probably dispute the fact but the idea that you can state the name of the movie and receive a blank look from people. It’s not a testament of this being a bad movie, but simply that it was something that people watched and then forgot as the industry continued to roll on. The plot is something that seems kind of twisted and depressing but in truth it’s kind of a compelling story that tends to grab at people that enjoy such tales.

Jethro Nededog from Business Insider reminds us that this was actually her film debut. How many of you actually remember this movie? Back in the day it might have been something to pick up because someone recommended it or it looked like it might be interesting. When you look back at it though the cast was quite talented, though remembering this particular scene might be kind of tough since at this point Melissa wasn’t quite as popular as she is now. The fact that she was even in the movie is kind of telling though since for some it was just another movie credit while for others it was a beginning to a career that would eventually become a big deal.

It’s hard to forget her, but not impossible.